Environmental agency to submit waterway reports rejected by oversight board 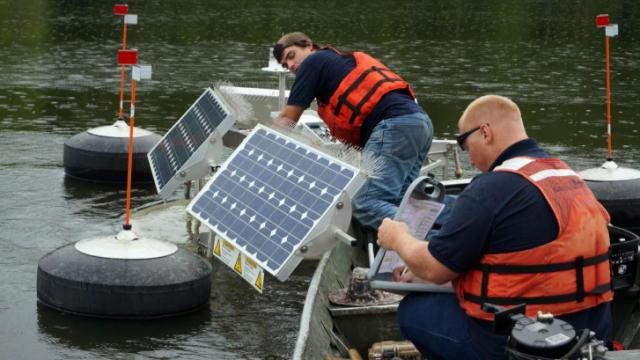 But officials from the Department of Environmental Quality say they will still submit their revised reports on in-lake pollution controls and buffer protections for state waterways to the General Assembly alongside those approved by the Environmental Management Commission – a move one top lawmaker calls "silly."

DEQ has maintained the original reports were early drafts and that the revisions brought them more in line with what state lawmakers asked for.

"The reports developed and finalized by DEQ staff are consistent with the content mandated by the legislature and reflect conclusions that were developed and finalized based on scientific data," Stephanie Hawco, a DEQ spokeswoman, said in a statement Wednesday following a vote by the EMC's Water Quality Committee to recommend the rejection of the agency's revised reports.

The full commission voted to approve that recommendation Thursday.

Both reports were mandated by the General Assembly and due April 1. The first focused on an evaluation of technologies intended to control algae and nutrient pollution in lakes, including the giant, solar-powered water mixers called SolarBees. Those devices will soon be removed from Jordan Lake after data showed they did nothing to alleviate algal growth.

The second detailed the possibility of "regulatory relief" from the state's so-called riparian buffer rules, which protect streams and rivers from certain types of development by mitigating pollution. The buffer rules been criticized by developers as overly restrictive regulations that slow growth.

Environmental groups have criticized heavy revisions to the two reports, saying the changes were driven by politics instead of science.

"I find the information removed helped me understand the process," Water Quality Committee member Larry Raymond said at the meeting. "There was a lot removed I thought was of value."

The EMC's vote Thursday drew praise from environmental groups, which favored the original versions of both reports.

“The EMC has it right. As much as DEQ leadership may try to muddy the waters, the data shows that in-lake treatment of pollution cannot substitute for control at the source, and riparian buffers provide vital protections for the waters we drink, fish and swim in," Grady McCallie, policy director for the North Carolina Conservation Network, said in a statement.

It's unclear what, if any, precedent exists for the EMC and the state's environmental agency to submit separate reports to state lawmakers. Normally, DEQ submits its reports to the commission, made up of 15 members appointed by the governor and General Assembly, which can then make changes before moving the reports on to the legislature.

Hawco said in an email Thursday she didn't know "what’s been done in previous administrations in terms of submitting two reports."

But Rep. Chuck McGrady, R-Henderson, who co-chairs the legislature's environmental committee and has served three terms in the House, was more equivocal.

"I am unaware of anything like this occurring before," McGrady said.

Sierra Club spokesman Dustin Chicurel-Bayard questioned DEQ's move, pointing out that the EMC's reports are supposed to be the "official reports of record" to the General Assembly.

"Why is DEQ sending the revised reports, which come to different conclusions less favorable to the environment, to the legislature? The EMC, which provides oversight to the agency, has rejected the modified reports. It appears that DEQ [is] trying to end run the commission," Chicurel-Bayard said in a statement. "Why?"

McGrady called DEQ's plan to submit its own version of the report "silly" and said the agency was attempting to avoid external oversight.

"The department does not want any of its decisions given any scrutiny," he said.

As for which version of the reports he'll take more seriously, McGrady said his thoughts are clear.

"The EMC is given responsibility to look at these issues. It's an outside group of well-educated experts in a wide range of fields," McGrady said. "I will have a lot more confidence in their views than the department's."