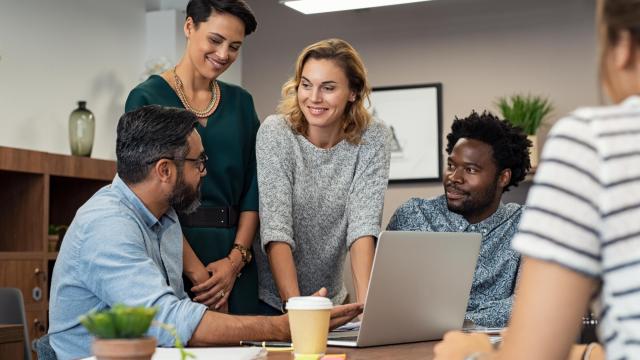 Over the last decade, the Triangle has become a bustling epicenter for startups.

The University of North Carolina at Chapel Hill, North Carolina State University and Duke University each have well-respected entrepreneurship programs, and areas of Durham and Raleigh that were once blighted are now home to co-working spaces such as HQ Raleigh, WeWork and American Underground.

Not too far down the road, the third corner of the Triangle is experiencing its own entrepreneurial revitalization. Launch Chapel Hill, an accelerator program on Franklin Street, was founded in 2013 as a partnership between the Town of Chapel Hill, Orange County and the university.

"We came to realize that we're probably not going to get an Amazon HQ or any of these gigantic businesses to relocate to Chapel Hill. We needed to look at what we've already got, which are great small businesses, and see how they can scale, stay here and hire lots of people in this area," said Amy Linnane, the program director at Launch Chapel Hill.

The program was started partially in response to the success of Durham's American Underground, which was drawing entrepreneurs out of Chapel Hill simply because there wasn't a local opportunity provided to them in town.

The program now accepts two cohorts of roughly 12 teams each year and experimented with its first student-only cohort this summer.

Linnane, along with her husband, was part of Launch Chapel Hill's seventh cohort for their business, Feed Station. Ultimately, she decided to decouple marriage and career, but her experience left such an impression on her that she began working there in 2017.

Throughout the course of the 16-week program, cohort members receive office space, education, networking opportunities and mentorship from an entrepreneur in residence.

"They'll start the first day with team building to develop trust among the cohort. We want them to feel comfortable sharing the good and the bad, the celebrations and the failures," Gibbs said. "They'll each get assigned an entrepreneur in residence. We have four on staff who have various backgrounds and can help in different ways. They help the entrepreneur set goals and then follow up on those goals."

So far, Launch Chapel Hill has been successful at helping its companies reach those goals.

Former Launch Chapel Hill startup Spiffy, an on-demand car services company, received an investment from a serial entrepreneur in the area and has expanded to several markets throughout the United States.

GoKart Kids, a rideshare service, received a $50,000 grant from the N.C. IDEA Foundation this year; and Quantworks, another program graduate, is reporting millions in revenue. If you've ever purchased frozen produce from the brand Seal the Seasons in a Harris Teeter, Whole Foods or Wegmans, you're supporting a Launch Chapel Hillcompany.

In total, the program has trained and mentored 107 companies that have created more than 1,000 jobs in the area.

What makes the program's graduates so successful? Diversity, for one. Linnane promotes the program to a variety of communities, and Launch Chapel Hill is vertical-agnostic where as most accelerators cater to one industry, like healthcare or software.

According to Gibbs, offering alumni support is also key.

"We're focused on how to support that next phase for Launch alumni," Gibbs said. "In the spring, we're testing workshops and mentoring programs for later-stage companies. We want to be able to offer lifelong support."

As a part of these efforts, the town assists companies in finding office space as their time at Launch Chapel Hill comes to a close. The program also recently expanded to offer additional co-working space to graduates and other startups in the area. Meanwhile, the regular programming is still chugging along. A cohort of nine teams started at the end of August.

At the end of the day, Launch Chapel Hill's three funding partners, the Town of Chapel Hill, Orange County and the university, keep the program alive.

"It's the wonderful partnership between these three huge entities that makes this work," Linnane espoused. "People think you have to live in Chapel Hill or Orange County to apply, but you don't. Of course, we hope our entrepreneurs come here and love it so much that they never want to leave."

Launch Chapel Hill is now a 501(c)(3) with a nonprofit board run by three members: one representative from the town, one from the university and one from the county. This partnership, Linnane emphasized, is a major differentiator for the program.

"Even though we're located in Chapel Hill, we have companies coming from Cary, Raleigh and Wake Forest. People can't find anything like this," she said. "A lot of universities have accelerators, but there's not one in this area that's a partnership the way that Launch is. People are willing to come here to get that kind of relationship and take advantage of the resources that we offer."

Applications are open through Nov. 15 for the spring 2020 cohort of companies.