Entrepreneur credits Montessori education for giving him his kickstart 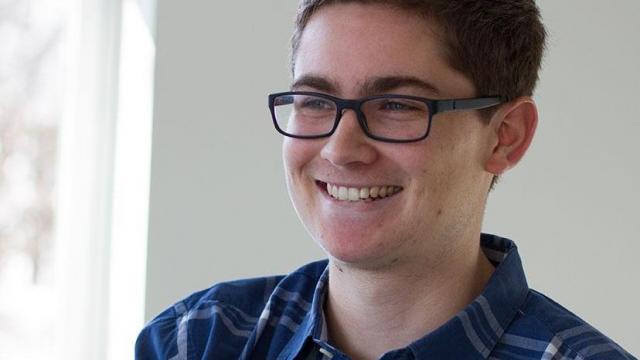 Entrepreneurship is consistently a hot topic, what with consumers clamoring for innovation across all industries.

The excitement over new technologies and the startup culture has extended into the job search for students completing their educations. In fact, 69 percent of students are interested in working for startups; this despite the high risk of failure, the long working hours necessary to drive a new business to success and the often low paychecks associated with early-stage ventures.

For many young startup employees, this desire is built from a comfort with technology that comes with growing up in the smartphone age and an entrepreneurial drive that often begins early on in life.

For Will Kelly, head of operations at Knack Technologies, Inc., this entrepreneurial spirit can be traced back to childhood and his early education at the Montessori School of Raleigh.

"The biggest piece was the freedom, along with the guidance," Kelly said. "I was very intellectually curious. Being at Montessori from three years old, I grew up curious and learned that way. I had the flexibility to learn about what interested me, and I had some control over the process to take things further beyond what you'd be given in a normal classroom."

He added, "Being able to work and explore in that environment, get ahead and have the flexibility to advance early as I was ready, I was able to focus on things I was interested in without being stopped by the confines of a classroom."

Kelly's interest in entrepreneurship began as a fourth grader learning in a Junior Achievement workshop where he and some school friends created a board game and began selling it to classmates and parents. This entrepreneurial spirit grew through his high school and college years, where he began tutoring for pocket money.

When Kelly faced a roadblock his freshman year in college – he was not allowed to tutor until he had completed a semester at the college — he opted to find a way around it.

With enough college credit earned from 15 successful Advanced Placement courses in high school, Kelly was confident in his academic abilities and stumbled upon Knack Technologies, a new peer-to-peer tutoring platform that had just launched on North Carolina State University's campus, where he was a student.

Kelly attended the company's very first information session and went on to get involved in on-campus marketing as a campus ambassador. It wasn't long before his work expanded into a position overseeing all of N.C. State and University of North Carolina operations.

Because of Kelly's interest in technology and entrepreneurship, the Knack leadership team invited him into strategic conversations. Over time, he helped redesign their on-campus marketing program and eventually oversaw all of their campus marketing opportunities.

A short time later, Knack offered Kelly a full-time job. Because of his many AP credits, Kelly was able to graduate from N.C. State in just two years and now works as the head of operations at Knack's Tampa headquarters.

For now, Kelly's primary focus is helping to grow Knack, where he is working to build institutional partnerships with universities and corporations. Beyond that, he is considering going back to school to get his MBA and thinking about joining another entrepreneurial venture down the road, or perhaps even starting his own business.

"Entrepreneurship to me means the opportunity to go out and find and solve problems," Kelly explained. "The Montessori program is similar ... you have to take the initiative to go out and say you're interested in this, you want to learn independently and also collaborate with others at the same time."