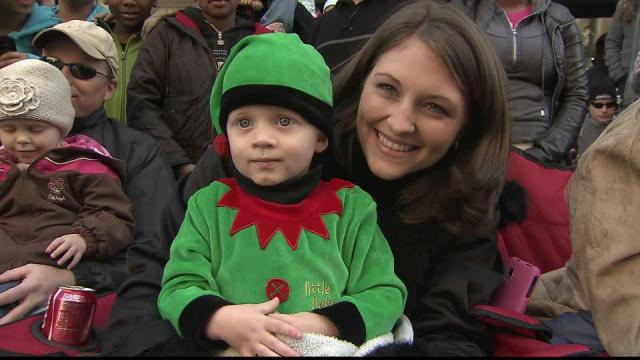 Saturday morning marks the 66th time the WRAL-TV Raleigh Christmas Parade has signaled the beginning of the holiday season in the Triangle.

Approximately 60,000 people lined Hillsborough and Fayetteville streets to see bands, performers and Santa Claus. Parking in city-owned parking decks and metered spaced in downtown Raleigh is free of charge for the day.

The parade started at 9:30 a.m. and was broadcast on WRAL-TV and WRAL.com live.

The parade featured more than 100 entries, including bands, floats, super-sized balloons, marchers, twirlers and other entertainers.