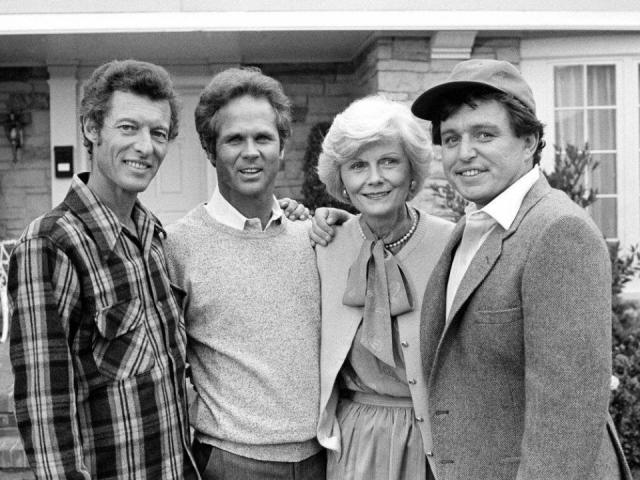 FILE - This Dec. 10, 1982 file photo shows members of the original cast of the "Leave It To Beaver," from left, Ken Osmond, Tony Dow, Barbara Billingsley and Jerry Mathers during the filming of their TV special, "Still The Beaver," in Los Angeles. Osmond, who played the two-faced teenage scoundrel Eddie Haskell on TV’s “Leave it to Beaver,” has died. Osmond's family says he died Monday, May 18, 2020, in Los Angeles. He was 76. (AP Photo/Wally Fong, File)