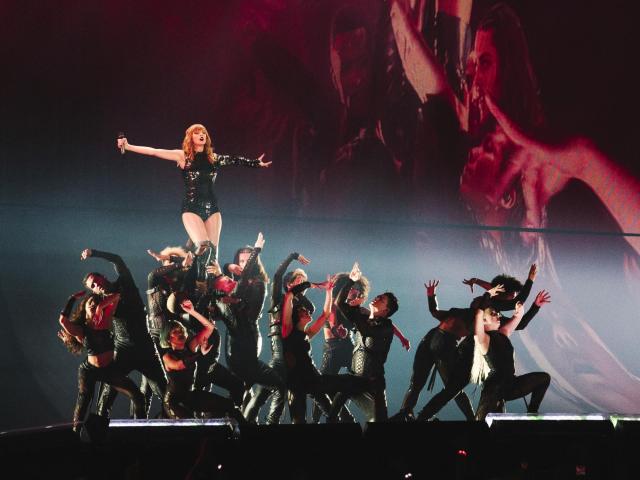 FILE-- Taylor Swift performs "I Did Something Bad" during the opening engagement of her “Reputation” stadium tour at the University of Phoenix Stadium for in Glendale, Ariz., May 8, 2018. The singer announced Nov. 19 on Instagram that she had signed a multiyear, multi-album agreement with Universal Music Group and its subsidiary, Republic Records. As part of the deal, Swift, 28, will own her master recordings moving forward, she said. (Caitlin O’Hara/The New York Times)