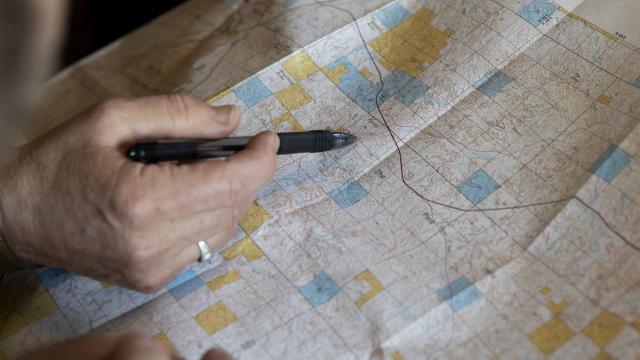 MILES CITY, Mont. — Robert B. Price, the chief executive of a London-based oil and gas company, came up with a creative tactic to grab bargain drilling rights to a sprawling piece of federal land here in eastern Montana — each acre for less than the price of a cup of coffee.

He first asked the Interior Department to auction off rights to as much as 200,000 acres in Montana through a process that allows energy companies to identify the public land they would like to develop. But when the auction took place last December, Price sat on the sidelines and waited for the clock to run out — betting no one else would bid.

His gamble worked. With no other bidders showing interest, the government allowed him to secure drilling rights on nearly 67,000 acres east of Miles City in a special noncompetitive sale the very next day. His cost: just $1.50 an acre a year in rent, compared with the more than $100-an-acre average paid by bidders, on top of rent, in competitive auctions in Montana in the final four years of the Obama administration.

“We’re still interested in much more,” said Price, reached by phone before he was scheduled to fly to London to meet with his investors.

The maneuver is one of many loopholes that energy speculators like Price are using as the Trump administration undertakes a burst of lease sales on federal lands in the West.

Major oil and gas companies like Chevron and Chesapeake Energy are frequent buyers of the leases. But the Trump administration has put so much land up for lease that it has also created an opening for super-low-price buyers like Price.

The plots of land the speculators bid on typically sell for such dirt-cheap prices because there is little evidence that much oil or gas is easily accessible. The buyers are hoping that the land will increase in value nonetheless, because of higher energy prices, new technologies that could make exploration and drilling more economical or the emergence of markets for other resources hidden beneath the surface.

In some cases they hope to resell access to deep-pocketed oil companies at a premium. In others they are hoping to raise money to search for oil or gas on their own. Either way, they are the latest in a long line of speculators willing to take a shot — sometimes a very long shot — at a big payoff in America’s oil fields.

The percentage of leases being given away through noncompetitive sales, like the one that Price engineered, surged in the first year of the Trump administration to the highest levels in over a decade, according to an analysis of federal leasing data by Taxpayers for Common Sense, a nonpartisan group that highlights what it considers wasteful actions by federal government agencies. In states like Nevada, noncompetitive sales frequently make up a majority of leases given out by the federal government, the group’s database shows.

The growth of the amount of land put up for lease combined with the sharp increase in noncompetitive leasing has resulted in major drops in the price companies pay per acre in certain states, like Montana, where the average bid has fallen by 80 percent compared with the final years of the Obama administration.

Two Grand Junction, Colorado, business partners, for example — a geologist and a former Gulf Oil landman — now control 276,653 acres of federal parcels in northeastern Nevada. But they are still looking for the money they need to drill on the land, or even to pay for three-dimensional seismic surveys to determine whether there is enough oil there to try.

In the case of Price, whose investors include Haliburton, the oil-services industry giant, he is convinced that there is an unusually high level of helium mixed in with natural gas that could be drilled in eastern Montana. Because helium sells at a much higher price than even oil, he is selling investors on the potential for lucrative returns. But the prospect of him delivering remains in doubt.

Rajan David Ahuja, vice president at R&R Royalty, a Texas-based company that has leases on land roughly equivalent to the size of Rhode Island, said that building landholdings like this was a crapshoot.

“We don’t make money on 90 percent of the things we do,” Ahuja said. “It is a really risky game.”

The surge in noncompetitive transactions has intensified debate over how well the federal government handles the task of auctioning off access to taxpayer-owned lands. Taxpayers get 12.5 percent of revenues produced from any oil or gas extracted from leased public land — or nothing but trivial rent payments if speculators fail to develop the land successfully.

More than 11 million acres of land leased by the federal government lies idle — or about half of all the land out on lease — property that may or may not ever be drilled for oil and gas. The speculation, critics say, allows companies to lock up millions of acres of federal land in leases, complicating efforts to set it aside for other uses, such as wildlife conservation areas or hunting and recreation zones.

“People come to Montana and stay in Montana not because of the best weather or highest wages or the best beaches,” said John Todd, the conservation director at the Montana Wilderness Association. “They come here because we have access to ample public land, most of it that is in the same shape as it was when Lewis and Clark came here or before that.”

Because the speculators can resell the leases, they could also reap the gains from any increase in the value of their landholdings, gains that otherwise would go to American taxpayers, said Ryan Alexander, president of Taxpayers for Common Sense.

“We should not be flooding the market so it is easy for companies to sit back and wait to get to leases at fire-sale prices,” Alexander said.“The acceleration of leasing is doing just that. The industry is getting a great deal and taxpayers are not.”

Ryan Zinke, the interior secretary, said this month that overall taxpayer revenue from energy production on federal lands jumped in 2018 as a result of rising production in states like Wyoming and New Mexico.

“President Trump’s energy dominance strategy is paying off, and local communities across America are the beneficiaries,” Zinke said in a statement.

Inside the George R. Brown Convention Center in downtown Houston, thousands of energy industry executives converged in August for an event known as Summer NAPE, a giant gathering of hundreds of owners of potential oil and gas drilling sites. Most of them were there to raise money to turn their speculative gambles into real drilling plans.

“STRIKE WHILE THE DEALS ARE HOT,” the banner at the entrance to the meeting hall said.

At Booth 2315, in front of a poster boasting about the more than 261,000 acres of federal leases they had secured in Nevada, stood Larry R. Moyer, a Colorado-based oil geologist, and his business partner, Stephen Smith, a former Gulf Oil landman, pitching their land to any prospective investor who walked up.

“You want to get in our deal — get your checkbook out,” Smith said to one visitor.

Northern Nevada, Smith admits upfront, is a risky place to look for oil. Nevada has one of the highest percentages in the country of leased land that is sitting idle: Just 3 percent of the 715,441 acres of federal land in the state leased for oil and gas were actually producing energy as of late last year.

“There are a lot of people who have spent a lot of money drilling dry holes in the past,” Smith said.

“We are working to overcome the conventional wisdom,” Moyer added.

Moyer took to a small stage at the Houston conference for a “Shark Tank"-like presentation.

“What we are looking for — or we would ask someone — is about $10 million,” Moyer said, money they would use for a seismic survey and to drill test wells.

“If you find a billion barrels, your finding cost is going to be a penny a barrel,” he said before wrapping up his presentation by saying, “Think about taking a swing.”

Waiting on the Sidelines

The bidding process typically begins when an oil and gas company asks the Interior Department to open up a new chunk of taxpayer-owned land to drilling.

Once the department agrees, it schedules an internet-based auction for registered bidders. Hot competition for the most sought-after land, where there are proven energy reserves, can drive these so-called bonus bids up close to $100,000 per acre, as happened in New Mexico in September. But to ensure that there is at least some upfront payment, the Interior Department requires a minimum per-acre bid of $2.

But there is a loophole. If no one bids, the land is then transferred into a program that allows anyone to approach the department within two years of the auction, without an upfront bid payment.

The only money that needs to be put down is the $1.50-per-acre annual lease payment for the first year of a 10-year lease, and a $75 filing fee. This is how Price managed to secure access to land in Custer County, east of Miles City, part of the 116,000 acres of federal leases his company, Highlands Montana, says it holds.

“We’re a small company. We didn’t want to get in a bidding process,” said Price, whose company has raised at least $6 million from investors since 2016.

Moyer and Smith also secured a large share of their holdings in Nevada through these noncompetitive purchases, after sitting and watching the auctions play out without bidding.

But Neil Kornze, the former head of the Bureau of Land Management, the branch of the Interior Department that runs the leasing process, said this was a flawed policy.

“Someone should have to bid in the auction to get the land,” said Kornze, who served as director in the final three years of the Obama administration.

The Trump administration made three times as much land available to bid on in the last fiscal year as the average for the last four years of the Obama administration. But only about 11 percent of the land attracted any bidders in 2018 — a total of 1.35 million acres. The rest of that land is now available for noncompetitive leases.

Highlands Montana has drilled a few test wells on adjacent state land it has leased here. But for now, most of Price’s leased land remains undeveloped. Large-scale development would be quite a shock in this part of Montana, where there is now very little oil and gas drilling.

From the back porch of the cattle ranch owned by Karen Aspevig Stevenson and her husband, the view stretches for miles, with ponderosa pines and juniper bushes swaying in a wind that blows so strong it sounds almost like ocean waves.

“This is our public lands. We all own this land,” Stevenson said, as she walked through the rolling hills, her cattle-herding dog running ahead. “To come in here and just start drilling — that does not make sense.”