However, a demolition permit request and re-zoning request document may give insight into what residents can expect for the future of the space.

After being purchased by Epic Games, Cary Towne Center mall closed its doors in January, leaving Dave & Buster's as the only active business remaining inside the structure.

The demolition permit would allow for the removal of most of the mall structure, leaving in place only the former Belk building.

The permit could be issued within a few weeks.

While many people know the site will become the headquarters for Epic Games, many have wondered what else, if anything, the space may offer.

It also proposes 75,000 square feet for commercial use and 200 hotel rooms.

"The rezoning is asking for the potential for a hotel use, at the corner of Cary Towne Blvd. and SE Maynard," said Chief Development Officer Scot Berry. 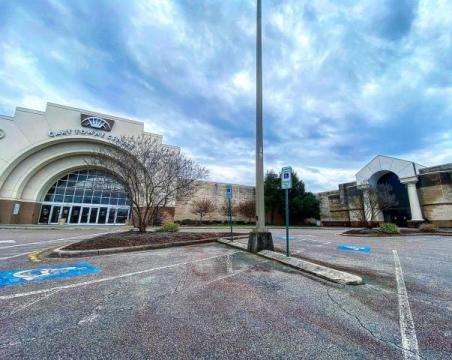 Dave & Buster's confirmed they will be moving out of Cary Towne Center mall on Jan. 2. They plan to move just across the parking lot to an empty building near the Starbucks, which once held a Harris Teeter. Their plan is to re-open in the new space around Jan. 17.

Berry says the mall site is in the beginning stages of the rezoning process, with the first step being a public hearing at the next council meeting on Dec. 16 at 6:30 p.m. Staff will describe the project, and the applicant will describe their plans at this meeting.

"It is also an opportunity for citizens to share their thoughts," said Berry.

Next, the proposal will go to a citizen board, before heading back to council for a decision.

"This will take a number of months and up to a year to complete," said Berry.

Big changes for this stretch of Cary Towne Boulevard

The Epic Games campus isn't the only major change coming to this section of Cary. Just across the street, the new Fenton Development is already being built.

The mixed-use development is slated to open in spring 2022 – featuring everything from a movie theater with pod and zero-gravity seating, to an open space for concerts that transitions into an ice skating rink during the holidays.

The Fenton development is also planned, with the first phase to include a boutique hotel, 357 apartments and a slew of restaurants, ranging from sushi to steak to gelato.

The developer aims to make the area "pedestrian focused," and create entertainment spaces with pandemic safety in mind.