Employees charged with stealing dozens of TVs from Raleigh Marriot 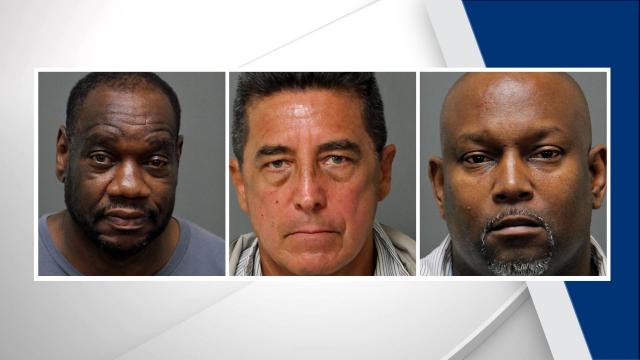 Raleigh, N.C. — Three employees at a Raleigh Marriot have been charged with stealing televisions from the hotel.

An arrest warrant shows that Gregory Davis, Mario Aguirre and Eugene Bragdon were employed at the Marriot City Center, at 500 Fayetteville St., when they were charged with felony larceny by employee and felony conspiracy.

The trio worked together to steal 27 49-inch LG televisions from the hotel between June 17 and Aug. 12, according to warrants.

Warrants state Aguirre additionally stole three 49-inch televisions, worth a total of $1,500, as they were delivered to the hotel.

Bragdon stole another 11 televisions, worth a total of $5,500, and a $200 mattress as they were delivered to the hotel, according to warrants.

Authorities did not say what roles Davis, Aguirre and Bragdon performed at the hotel or if they were still employed.