Emmys 2017: The big moments that have people talking 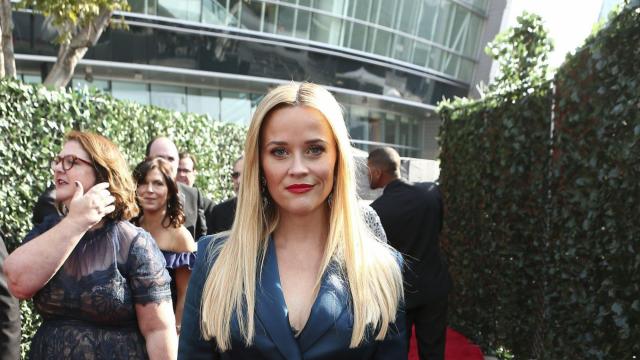 Sunday was all about the 69th Primetime Emmy Awards and we have a rundown here on all the action.

Stephen Colbert hosted with a mix of politics and humor.

Here's what you may have missed:

Hulu's dystopian drama "The Handmaid's Tale" wins the Emmy for outstanding drama series. Adapted from Margaret Atwood's 1985 thriller, Hulu's victory with the "Handmaid's Tale" is a huge win for the streaming service.

Showrunner Bruce Miller closed the show with a thank you and a call to action.

"Go home, get to work, we have a lot of things to fight for," Miller said.

No shocker that Elisabeth Moss has won the lead actress Emmy for her performance in the dystopian drama "The Handmaid's Tale."

She thanked her mom and had to be censored for a part of her tribute, which we can only assume included some swears.

Moss didn't get far before Oprah Winfrey announced that her series had won for best drama.

Sterling K. Brown won for outstanding lead actor in a drama for "This Is Us."

He paid homage to "Homicide" actor Andre Braugher and his cast.

"You are the best white TV family that a brother ever had," Brown said.

Folks were not pleased that Brown was not allowed to finish his acceptance speech, and some pointed out that it seemed he had not be given as much time as other winners before being played off the stage.

But fret not as the actor finished his speech backstage.

Proof that you are never too big a star to get hit with nerves, the legendary actress Cicely Tyson had to pause a few times before presenting "Big Little Lies" with the Emmy for outstanding limited series because she was nervous she said.

"It's been an incredible year for women in television," said "Big Little Lies" star and producer Reese Witherspoon. "Can I just say bring women to the front of their own stories and make them the heroes of their own stories. Thank you for that opportunity and for audiences to wrap their arms around us."

Kidman said the project came about because of the frustration that as women "We weren't being offered great roles."

"So, now, more great roles for women please," she said.

Riz Ahmed has got to feel good having beat out Robert De Niro to nab the outstanding actor in a limited series Emmy for "The Night Of."

Nicole Kidman won her very first Emmy and graciously shared it with her "Big Little Lies" costar, Reese Witherspoon, who was also nominated for outstanding actress in a limited series.

Kidman's husband Keith Urban got teary eyed when she thanked him and their two little girls.

The actress also thanked the Television Academy for recognizing her in a role that dealt with domestic violence.

"By you acknowledging me with this award, it shines a light on it even more," she said.

Julia Louis-Dreyfus didn't have time to sit down before "Veep" won for best comedy series.

"Atlanta," "Black-ish" and "the Trump White House" got shout outs as inspiration to the team behind "Veep."

"This show works because we had sort of a no jerkoffs policy on the show and other than Julia, we really stuck to it," joked showrunner David Mandel.

"Veep" star Julia Louis-Dreyfus wins an unprecedented sixth consecutive Emmy Award for her performance as fictional politician Selina Meyer. No other performer has been honored with more Emmys for a single role.

The star joked they had a "Veep" storyline prepped about impeachment, but worried somebody else would get to it first.

He wins for lead actor in a comedy series.

"I want to thank Trump for making black people number one on the most oppressed list," Glover joked. "He's the reason I'm probably up here."

Colbert and Jimmy Kimmel do a fun joke about Oliver beating them.

The cocktails they are sipping are named after his show, they said.

"It's so high quality that apparently they can only make one a week," Colbert said.

He also wins the award for best dad for getting his kid on the air by shouting out to the director of the Emmys to make sure to cut to her.

The Emmy for outstanding variety talk series goes to "Last Week Tonight with John Oliver" for the second consecutive year.

In keeping with his adoration of Oprah, Oliver thanked her seat filler since Mama O apparently dipped out for a minute.

Can we all just agree that Viola Davis classes up everything she touches?

She introduced singer Christopher Jackson who sang the Stevie Wonder hit "As" as the montage ran to pay tribute to those in Hollywood who we lost this year.

Awwww, Reed Morano won for directing a drama series for "The Handmaid's Tale." She's one of the youngest in the biz doing what she does.

"Master of None" star Lena Waithe became the first black woman to win the Emmy for outstanding writing for a comedy series along with co-star and the show's creator, Aziz Ansari.

She was honored with Ansari for the episode "Thanksgiving," which poignantly featured a young lesbian navigating her family relationships after coming out.

Waithe is also the first black woman to be nominated in the category.

"The things that make us different, they are our super powers," she said paying homage to the LGBTQI community.

And NBC's "The Voice" won the Emmy for outstanding reality competition show.

The skit with RuPaul as the Emmy statue was everything.

Accepting the Emmy for writing for his variety show "Last Week Tonight With John Oliver," Oliver paid tribute to Oprah -- just because.

"I'd like to thank Oprah because she's sitting right there and it seems inappropriate not to," he said.

Ann Dowd got us choked up with her win for outstanding supporting actress in a drama series for "The Handmaid's Tale" -- mostly because she was so emotional.

Pretty much everyone is getting played off by the music tonight, so we didn't have much time to be moved.

"I suppose I should say at long last Mr. President, here is your Emmy," is how Alec Baldwin opened his acceptance speech for outstanding supporting actor in a comedy series for his work impersonating President Trump on "Saturday Night Live."

He brought tons of funny to "SNL" this season.

Speaking of funny, we vote for Rachel Bloom to introduce the accountants on all the awards shows. The "Crazy Ex-Girlfriend" star's song and dance schtick was pretty cute.

The deserved it for how amazing they looked.

The "9 to 5" stars joked about being unwilling to be controlled by a "sexist, egotistical, lying, hypocritical, bigot" in that film -- and now.

We have no idea who they were referencing (we kid, we kid).

It seemed like the universe was all over it when Dave Chappelle joked about the diversity at the Emmys by saying, "I counted 11 of us here on the monitor" and then presented (along with Melissa McCarthy) the Emmy for outstanding director on a comedy series to Donald Glover for his show "Atlanta."

"I want to thank the great algorithm that put us all here,"Glover said in his acceptance speech.

"Atlanta" has been hailed as one of the shows to usher in a golden age for black TV shows.

People on social media buzzed over Glover becoming the first African American to win the award.

Stephen Colbert promised a hot Emmys night, and he kicked it off politically-tinged song concerning current events. But not to worry, Colbert sang, "everything is better on TV."

He was joined by talent from shows -- including "This Is Us" and "The Handmaid's Tail" -- to express that while things are rough right now in the world, there's always the escapism of television.

He even got a surprise assist from Chance the Rapper.

Colbert's opening monologue included jokes about who the winners should thank ("Mainly 'Game of Thrones' for not being eligible this year") to the fascination with the impeding death of Milo Ventimiglia's character on "This Is Us" ("I'm just saying, your fans want to see you dead.")

Viewers who looked forward to Colbert roasting President Donald Trump were not disappointed.

"Hello, sir, thank you for joining us," he said. "Looking forward to the tweets."

The late night host then reminded us that Trump has never gotten over not winning an Emmy for "The Apprentice."

"Unlike the presidency, Emmys go to the winner of the popular vote," Colbert joked.

"This will be the largest audience to witness an Emmys period, both in person and around the world," Spicer joked from a podium.