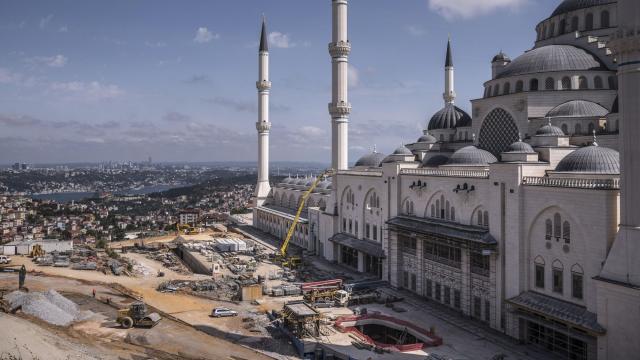 The sharp sell-off of emerging market currencies, stocks and bonds seems to stand in stark contrast to the United States, where a nearly decadelong bull market continues amid buoyant economic conditions. Higher interest rates in the United States and a stronger dollar rebalance the risks and rewards for investors the world over, and act as a kind of financial magnet, pulling them out of riskier investments.

When we have seen this before — in the Mexican peso crisis of 1994, the Thai baht collapse of 1997 and the Russian default of 1998 — investors had to contend with spillover of trouble from one country to others, dragging down economic growth or causing market stress.

So far in 2018, this kind of contagion has been limited. Economies as varied as Argentina, Russia, South Africa and Turkey are facing the maelstrom, but each has its own reasons for falling out of favor, and the turmoil has yet to raise anxiety about the world’s biggest economies and markets.

Here are the major issues:

ARGENTINA: The Honeymoon Is Over

One of South America’s largest economies, Argentina spent much of the last two decades locked out of global markets, in the aftermath of its 2001 financial meltdown.

But the 2015 election of President Mauricio Macri was a turning point. He focused on returning the country to the good graces of international investors, by removing restrictions on the flow of capital into and out of the country, and reaching settlements with creditors still owed money since the 2001 collapse.

Argentina was able to regain access to the bond market in April 2016, when it raised $16.5 billion from international investors. Once it did, Argentina repeatedly turned to global investors, tempting them with high bond yields and pledges to gradually bring the country’s spending problems under control.

Then, almost as suddenly as it started, Argentina’s honeymoon with global investors ended this year — for several reasons: A drought hit soy and corn production, which is crucial to the economy. The government showed little progress in reining in deficits. The central bank lowered interest rates even as inflation was rising fast, which was taken as a sign that it was not serious about keeping the peso on solid footing. Given Argentina’s history — which includes crises in 1980, 1982, 1984, 1987, 1989 and 2001 — investors were not willing to wait to find out.

The peso began to slide in April and is now down more 50 percent against the dollar this year. It has continued to drop even after the central bank raised interest rates to a whopping 60 percent and the International Monetary Fund approved a $50 billion line of credit in June.

The Turkish economy enjoyed a ripping run over the much of the last decade. Growth has averaged roughly 6.8 percent since 2010, beating the world economy’s 3.9 percent and other emerging markets, according to IMF data.

But much of that economic pep depended on a debt-fueled bubble. Turkish companies have binged on bonds, many of them denominated in the dollar and the euro.

All that money owed in other currencies makes the collapse of the Turkish lira particularly problematic. The currency has been sinking steadily for years, resulting in a persistently high rate of inflation, but the sell-off turned into a rout after Erdogan was re-elected in June and given broad new powers that strengthened his control over the nation.

Erdogan has repeatedly railed against high interest rates as the economy shows signs of slowing. And his growing control over economic policy — he installed his son-in-law as finance minister — has investors nervous about his strongman approach. President Donald Trump’s decision in August to double the tariffs on Turkish steel and aluminum imports seemed a catalyst for investors to beat a rapid retreat out of the country.

Now, with the lira down about 40 percent against the dollar since Erdogan’s re-election, companies that are earning lira but have to repay debts in dollars are struggling. Bankruptcies of Turkish corporations are expected to rise, and many economists now think Turkey will fall into a recession.

With 1 in 4 people living in extreme poverty, and an unemployment rate of more than 27 percent, South Africa’s economy has long been one of the world’s most precarious.

But in recent years, it has benefited from an influx of money from foreign investors. Much of that went to the government, which has tried to offset the nation’s stark inequality — it is one of the world’s most unequal countries — with large-scale social spending.

As a result, the country’s external debts grew to roughly 50 percent of gross domestic product last year, from 37 percent in 2013. Much of that borrowing has been done via markets, making those investments much easier to dump when the going gets rough.

That is what investors have done. South Africa’s currency, the rand, is down by roughly 18 percent this year, and second-quarter data this month showed that South Africa was already in a recession. That further complicates matters, as the cure for the weak rand — higher interest rates from the central bank — could make the downturn even worse.

RUSSIA: The Sting of Sanctions

Since January 2017, the Trump administration has mostly continued the Obama administration’s policy of imposing sanctions on individuals with ties to the country, citing issues such as aggression in Ukraine, interference in U.S. elections, support for Syria’s Assad regime, the poisoning of a former spy and his daughter with a chemical weapon in England, and trade with North Korea.

As global investors factored in the country’s increased isolation from the world economy, the ruble fell 18 percent this year. (Simply put, less integration and trade with Russia mean less demand for rubles, which you need to buy Russian goods.)

A weak currency makes imports more expensive. Russian inflation, while low, has picked up, and interest rates are rising, both of which could be a drag on growth. The Russian government plans to increase government spending in an effort to keep the economy grinding ahead. In theory, Russia’s relatively low debt level — government debt is less than 20 percent of GDP — allows it plenty of breathing room to spend more on roads, health care and social welfare, as long as it can dig up the money somewhere.

But therein lies the rub. With international investors wary of investing in Russia, it has had to rely in part on reshuffling domestic spending. Finding that money could mean making some unpopular decisions, such as raising the retirement age. Proposals to do just that are being blamed for a marked decline in the popularity of President Vladimir Putin, rare public protests and weaker-than-expected showings for the ruling United Russia party in recent regional elections.

Where does all this stop? No one is sure.

It could be that the countries being battered may simply suffer from unique vulnerabilities to market pressure.

It is also possible that other countries will become the next focus for jittery investors eager to avoid losses. But predicting precisely where things will spread is not simple. There are some clues for what to look for. Investors are already looking askance at countries that owe a lot of money in foreign currency, for example. Screening for that kind of vulnerability would have identified Turkey as a potential problem spot.

The amount of such hard-currency debt to be paid off, however, is only part of the story. The level of interest rates, the reliance on foreign borrowers, refinancing needs, the size of government deficits and the stockpiles of foreign currency that can be used to push back market pressures all play a role.

Perhaps most important, and most difficult to measure, is a country’s credibility with financial markets. If investors believe a country will continue to pay its bondholders in a currency that retains its value, they will most likely put up with even the ugliest-looking levels of debt. If that trust starts to fray, look out below.