The man, who has not been identified, was trapped around 5 p.m.

Authorities said despite being in the well for almost two hours, being suspended in the air and being wet, he did not sustain any injuries.

The man was given oxygen as crews worked to rescue him from a well behind a house at 282 Avocado Lane.

"He was suspended, so he was hanging, so we worried about a compression issue...while hanging, the circulation is not where you would want it to be," said Scott Phillips, assistant chief of Dunn Emergency Services. 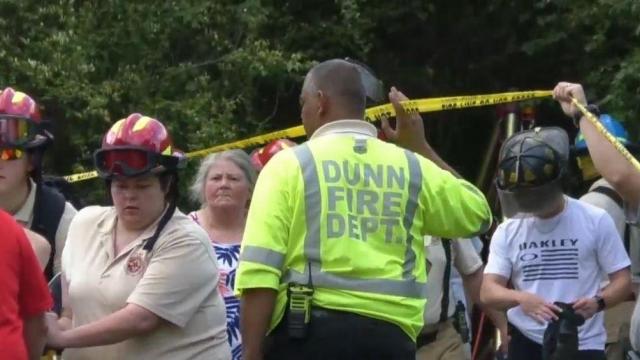 It took crews around 13 minutes to complete the rescue. He was successfully removed from the well shortly after 6:30 p.m.

Authorities said the man was a family member, but they were unsure if he lived at the house.

"We're especially pleased with the outcome of the operation as a whole," said Jimmy Riddle, director of Harnett County EMS. "This was a great outcome."

The man was taken to a hospital for medical attention. Authorities have not said how the man became trapped.