One taken to hospital after Emerald Isle deck plunges 5 feet 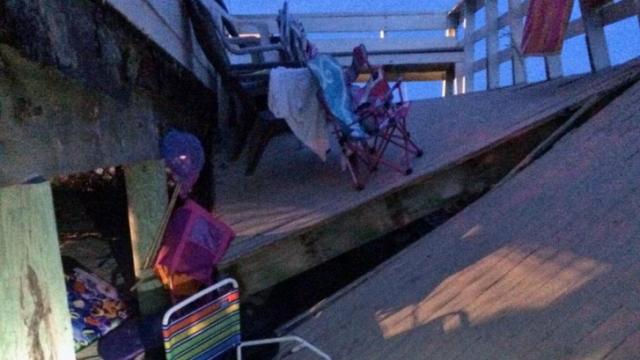 Emerald Isle, N.C. — One person was taken to a hospital Monday evening after a deck collapsed at a home on Emerald Isle, police said.

Emergency crews responded to 17 Ocean Dr., at about 8 p.m. Monday. Investigators said nine people were on the deck when it dropped about 5 feet.

Authorities did not release the name of the person taken to Carteret General Hospital, but they said the person had non-life-threatening injuries. Several other people on the deck were treated at the home for bumps and scratches.

No other information about the deck collapse has been released.

Twenty-four people, including a child, were injured on July 4 when another deck collapsed at a home in the 4400 block of Ocean Drive. Officials blamed that collapse on corroded nails.