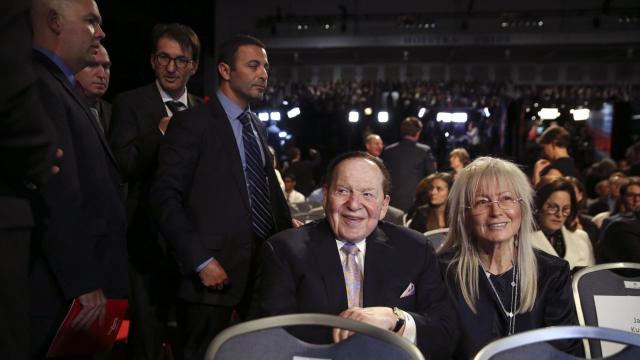 WASHINGTON — President Donald Trump will bestow the Presidential Medal of Freedom, the nation’s highest civilian award, this coming week on an eclectic mix of conservative political figures and cultural and athletic luminaries, including Elvis Presley and Babe Ruth.

Among those to be recognized at a ceremony Friday are Miriam Adelson, the Las Vegas physician and prominent Republican donor; Sen. Orrin Hatch of Utah, the longest-serving Senate Republican; and Justice Antonin Scalia, a conservative pillar of the Supreme Court who died in 2016.

Alan C. Page, a Hall of Fame defensive tackle who became the first black judge on Minnesota’s Supreme Court, and Roger Staubach, a Hall of Fame quarterback and Vietnam veteran, will also be honored.

The medal is one of the few presidential designations that dispenses with the traditional layers of staff review that precede pardons, commutations or Medals of Honor, and instead reflects the commander in chief’s whims. President John F. Kennedy, who established the practice in 1963, sought to broaden the Medal of Freedom to include the arts or athletic and academic accomplishments and to allow only the president to confer it.

For Trump, a reality television star and business mogul who briefly owned a football team, the seven people designated as his first recipients in part reflect an appreciation for cultural icons like Presley, the trailblazing rock ‘n’ roll star, and Ruth, the celebrated New York Yankees player.

And despite a typically combative relationship with the NFL, the president acknowledged the athletic careers of Staubach, who won two Super Bowls with the Dallas Cowboys, and Page, who played for the Minnesota Vikings and Chicago Bears.

A few of the designations also nodded to the base that catapulted Trump to the presidency. After Scalia’s death in 2016, Trump filled the vacancy with Neil Gorsuch, and Adelson and her husband, casino magnate Sheldon Adelson, have contributed millions to Republican politicians — including $5 million in September to a pro-Trump PAC.

Hatch, who will retire after four decades in Congress at the end of the year, has also been a fervent supporter of the president’s.

Trump has waited an unusual amount of time to announce recipients of the award.

President Barack Obama, in particular, reveled in his ability to recognize “any person who has made an especially meritorious contribution” to national security, world peace, cultural endeavors or other significant undertakings. He set the record for the most Medals of Freedom awarded during his eight years in office, honoring more than 100 people.