Elon Musk Confronts a Fateful Tweet and an 'Excruciating' Year

Elon Musk was at home in Los Angeles, struggling to maintain his composure. “This past year has been the most difficult and painful year of my career,” he said. “It was excruciating.”

The year has only gotten more intense for Musk, chairman and chief executive of the electric-car maker Tesla, since he abruptly declared on Twitter last week that he hoped to convert the publicly traded company into a private one. The episode kicked off a furor in the markets and within Tesla itself, and he acknowledged Thursday that he was fraying.

At multiple points in an hourlong interview with The New York Times, he choked up, noting that he nearly missed his brother’s wedding this summer and spent his birthday holed up in Tesla’s offices as the company raced to meet elusive production targets on a crucial new model.

Asked if the exhaustion was taking a toll on his physical health, Musk answered: “It’s not been great, actually. I’ve had friends come by who are really concerned.”

The events set in motion by Musk’s tweet have ignited a federal investigation and have angered some board members, according to people familiar with the matter. Efforts are underway to find a No. 2 executive to help take some of the pressure off Musk, people briefed on the search said. And some board members have expressed concern not only about Musk’s workload but also about his use of Ambien, two people familiar with the board said.

For two decades, Musk has been one of Silicon Valley’s most brash and ambitious entrepreneurs, helping to found several influential technology companies. He has often carried himself with bravado, dismissing critics and relishing the spotlight that has come with his success and fortune. But in the interview, he demonstrated an extraordinary level of self-reflection and vulnerability, acknowledging that his myriad executive responsibilities are taking a steep personal toll.

In the interview, Musk provided a detailed timeline of the events leading up to the Twitter postings on Aug. 7 in which he said he was considering taking the company private at $420 a share. He asserted that he had “funding secured” for such a deal — a transaction likely to be worth well over $10 billion.

That morning, Musk woke up at home with his girlfriend, the musician known as Grimes, and had an early workout. Then he got in a Tesla Model S and drove himself to the airport. En route, Musk typed his fateful message.

Musk has said he saw the tweet as an attempt at transparency. He acknowledged Thursday that no one had seen or reviewed it before he posted it.

Tesla’s shares soared. Investors, analysts and journalists puzzled over the tweet — published in the middle of the day’s official market trading, an unusual time to release major news — including the price Musk cited. He said in the interview that he wanted to offer a roughly 20 percent premium over where the stock had been recently trading, which would have been about $419. He decided to round up to $420 — a number that has become code for marijuana in counterculture lore.

“It seemed like better karma at $420 than at $419,” he said in the interview. “But I was not on weed, to be clear. Weed is not helpful for productivity. There’s a reason for the word ‘stoned.’ You just sit there like a stone on weed.”

Musk reached the airport and flew on a private plane to Nevada, where he spent the day visiting a Tesla battery plant known as the Gigafactory, including time meeting with managers and working on an assembly line. That evening, he flew to the San Francisco Bay Area, where he held Tesla meetings late into the night.

But that funding, it turned out, was far from secure. 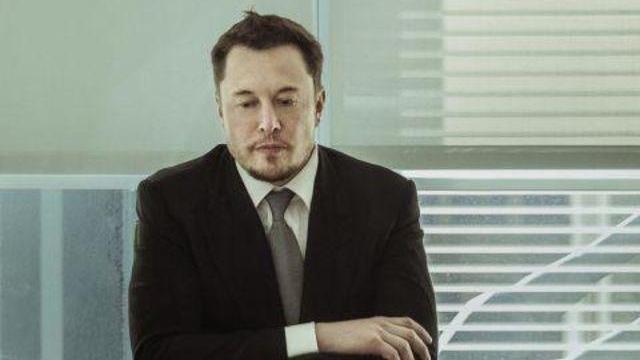 Musk has said he was referring to a potential investment by Saudi Arabia’s government investment fund. Musk had extensive talks with representatives of the $250 billion fund about possibly financing a transaction to take Tesla private — maybe even in a manner that would have resulted in the Saudis’ owning most of the company. One of those sessions took place July 31 at the Tesla factory in the Bay Area, according to a person familiar with the meeting. But the Saudi fund had not committed to provide any cash, two people briefed on the discussions said.

Another possibility under consideration is that SpaceX, Musk’s rocket company, would help bankroll the Tesla privatization and would take an ownership stake in the carmaker, according to people familiar with the matter.

An hour and 20 minutes after the tweet, with Tesla’s shares up 7 percent, the Nasdaq stock exchange halted trading, and Tesla published a letter to employees from Musk explaining the rationale for possibly taking the company private. When the shares resumed trading, they continued their climb, ending the day with an 11 percent gain.

The next day, investigators in the San Francisco office of the Securities and Exchange Commission asked Tesla for explanations. Ordinarily, such material information about a public company’s plans is laid out in detail after extensive internal preparation and issued through official channels. Board members, blindsided by the chief executive’s market-moving statement, were angry that they had not been briefed, two people familiar with the matter said. They scrambled to cobble together a public statement trying to defuse a mounting uproar over the seemingly haphazard communication. Musk said in the interview that board members had not complained to him about his tweet. “I don’t recall getting any communications from the board at all,” he said. “I definitely did not get calls from irate directors.”

But shortly after the Times published its interview with Musk, he added through a Tesla spokeswoman that Antonio Gracias, Tesla’s lead independent director, had indeed contacted him to discuss the Aug. 7 Twitter post, and that he had agreed not to tweet again about the possible privatization deal unless he had discussed it with the board.

Musk added that he did not regret his Twitter post — “Why would I?” — and said he had no plans to stop using the social media platform. Some board members, however, have recently told Musk he should lay off Twitter and focus on making cars and launching rockets, according to people familiar with the matter.

The SEC investigation appears to be intensifying rapidly. Just days after the agency’s request for information, Tesla’s board and Musk received SEC subpoenas, according to a person familiar with the matter. Board members and Musk are preparing to meet with SEC officials as soon as next week, the person said. In the interview Thursday, Musk alternated between laughter and tears.

He said he had been working up to 120 hours a week recently — echoing the reason he cited in a recent public apology to an analyst whom he had berated. In the interview, Musk said he had not had taken time off of more than a week since 2001, when he was bedridden with malaria.

“There were times when I didn’t leave the factory for three or four days — days when I didn’t go outside,” he said. “This has really come at the expense of seeing my kids. And seeing friends.”

He turned 47 on June 28, and he said he spent the full 24 hours of his birthday at work. “All night — no friends, nothing,” he said, struggling to get the words out.

Two days later, he was scheduled to be the best man at the wedding of his brother, Kimbal, in Catalonia, Spain. Musk said he flew directly there from the factory, arriving just two hours before the ceremony. Immediately afterward, he got back on the plane and returned straight to Tesla headquarters, where work on the mass-market Model 3 has been all consuming.

“I thought the worst of it was over — I thought it was,” he said. “The worst is over from a Tesla operational standpoint.” He continued: “But from a personal pain standpoint, the worst is yet to come.” He blamed short-sellers — investors who bet that Tesla’s shares will lose value — for much of his stress. He said he was bracing for “at least a few months of extreme torture from the short-sellers, who are desperately pushing a narrative that will possibly result in Tesla’s destruction.”

Referring to the short-sellers, he added: “They’re not dumb guys, but they’re not supersmart. They’re OK. They’re smartish.”

Musk’s tweets on Aug. 7 were the most recent of several flare-ups that had drawn scrutiny. He wrangled with short-sellers and belittled analysts for asking “boring, bonehead” questions. And after sending a team of engineers from one of his companies to help rescue members of a stranded soccer team, he lashed out at a cave diver who was dismissive of the gesture, deriding him on Twitter as a “pedo guy,” or pedophile.

To help sleep when he is not working, Musk said he sometimes takes Ambien. “It is often a choice of no sleep or Ambien,” he said.

But this has worried some board members, who have noted that sometimes the drug does not put Musk to sleep but instead contributes to late-night Twitter sessions, according to a person familiar with the board’s thinking. Some board members are also aware that Musk has on occasion used recreational drugs, according to people familiar with the matter.

Tesla executives have been trying for years to recruit a chief operating officer or other No. 2 executive to assume some of Musk’s day-to-day responsibilities, according to people familiar with the matter. A couple of years ago, Musk said, the company approached Sheryl Sandberg, who is Facebook’s second-highest executive, about the job.

Musk said that “to the best of my knowledge,” there is “no active search right now.” But people familiar with the matter said a search is underway, and one person said it had intensified in the wake of Musk’s tweets.

In response to questions for this article, Tesla provided a statement that it attributed to its board, excluding Musk. “There have been many false and irresponsible rumors in the press about the discussions of the Tesla board,” the statement said. “We would like to make clear that Elon’s commitment and dedication to Tesla is obvious. Over the past 15 years, Elon’s leadership of the Tesla team has caused Tesla to grow from a small startup to having hundreds of thousands of cars on the road that customers love, employing tens of thousands of people around the world, and creating significant shareholder value in the process.”

Musk said he had no plans to relinquish his dual roles as chairman and chief executive.