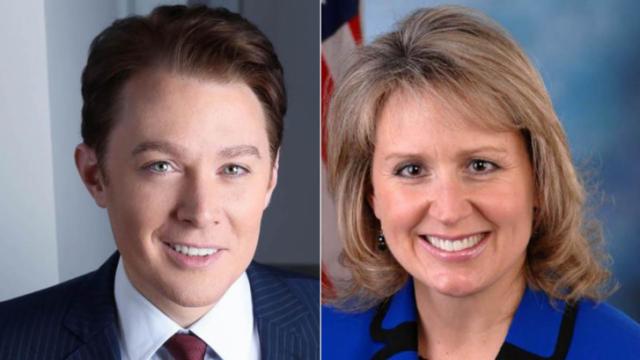 The North Carolina Bankers Association, in partnership with WRAL parent Capitol Broadcasting Co., will host the Oct. 6 debate at the association's Management Team Conference in Pinehurst.

WRAL News anchor David Crabtree will moderate the one-hour debate, which will be taped in front of delegates attending the conference.

WRAL will air the debate on television and online at 7 p.m. Oct. 6. The debate will also air on WRAZ Fox 50 at 11 p.m. Oct. 6, and it will be available for on-demand viewing on WRAL.com through Election Day.

"We believe this highly anticipated, first televised debate between these two candidates will have much of our state watching very closely," Bankers Association President and Chief Executive Thad Woodard said in a statement.

Ellmers is seeking her third term representing the 2nd District, which stretches from Cumberland County to Randolph County and includes part of the Triangle. Aiken, who gained fame on "American Idol," defeated former state Commerce Secretary Keith Crisco in the May primary for the Democratic nomination.