Ellen Burstyn on a Futurist, and the Future 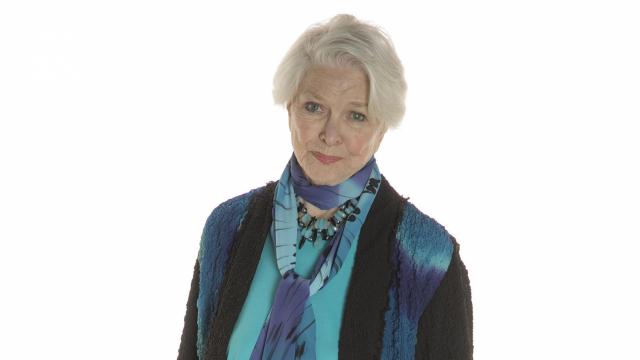 While she was shooting “The Exorcist” in 1972, Ellen Burstyn went to Carnegie Hall to hear the futurist Buckminster Fuller. Transfixed by his encyclopedic knowledge and perspective on what he called “Spaceship Earth,” she later wrangled a meeting with Fuller at a Howard Johnson’s during a Chicago layover. A friendship was born that lasted until his death in 1983. So when the script for Peter Livolsi’s “The House of Tomorrow” crossed her desk in 2013, her first question was, “Does this guy know that I knew Bucky Fuller?” He did not. “He couldn’t believe that I actually knew Bucky,” Burstyn recalled. “And then when I told him that I had videotape of when we went sailing on his yacht, the Intuition, he almost fell over.”

In “The House of Tomorrow,” opening Friday, Burstyn, 85, plays Josephine Prendergast, a Fuller disciple raising her grandson, Sebastian (Asa Butterfield), according to the visionary’s principles. (Through technology and planning, Fuller posited, an ordinary man can become a superman.) Prendergast did all this while living in an example of Fuller’s crowning architectural achievement: the geodesic dome.

But when the home-schooled Sebastian meets Jared (Alex Wolff), a would-be punk hellbent on starting a band, he discovers what teenage rebellion is all about. And his grandmother’s Fullerian experiment comes crashing down. In a phone interview from her home in New York, Burstyn — who’s won a Tony for “Same Time, Next Year,” an Oscar for “Alice Doesn’t Live Here Anymore” and an Emmy for “Political Animals” — spoke about her friendship with Fuller, her former co-stars Kevin Spacey and Louis C.K. and a long-ago #MeToo moment.

Q: What did you think when you first read the script?

A: I was glad to see Bucky still being talked about, because when he was alive he was considered the greatest mind on the planet, and he could talk at the highest level to experts in the fields of physics, mathematics, architecture, design. He was a great loss on the planet when he left, and it made me very happy that he was being reintroduced.

Q: Have you used his philosophy in your own life?

A: He was always looking ahead to the future and started me thinking that way and got me involved in the ecological movement and being concerned about the planet and where we’re going.

Q: What do you look for in a role now?

A: I’m always attracted to good writing. At my age, I’m grateful to get any work, so when somebody sends me a script, I approach it with a positive attitude. In the past, I might have been more uppity, but now I’m just like, “Oh God, a script — great!” There just aren’t that many roles written into scripts for women, say, over 65. I don’t think there are all that many young writers who are interested in what’s going on at the other end of the age stick. Q: You’re making your directing debut soon. Why?

A: I was thinking a few years ago, I never directed a movie and I always meant to. What a dope I am! How did I let that get away from me? And then this script arrived, “Bathing Flo,” for me to act in, and they said, “Who would you like to direct it?” And I went, “Me.”

Q: You were on “Louie” with Louis C.K. and “House of Cards” with Kevin Spacey. Did it shock you to learn of the sexual misconduct allegations against them?

A: Kevin Spacey didn’t shock me because I have heard rumors of that. Louis just broke my heart because I love him. When I worked with him, I had such admiration for his talent and his person, his being. I know he’s a good person, but even good people have sexual hang-ups that hurt other people. I just wish he had gone to therapy or whatever.

Q: Do you have a #MeToo story of your own?

A: First I was a model in New York, and at the point when I was transitioning from model to actress I was taken home from a gathering by a man who was second-in-command at one of the biggest agencies. And when we got to my home, he tried to make a move on me, and I said no and he persisted. And I kept saying no, and finally he said, “OK, it comes down to this: If you want to be an actress, you’ll have to be represented by my agency because we control the talent in this business, and the only way that can happen is if you go to bed with me.” I looked at him and kind of shrugged my shoulders and said, “Well, there goes my career.” Q: And did it?

A: Not at all. We don’t have to fall for these stories. Now, Harvey Weinstein really did stop actresses from being hired, so I’m not saying that doesn’t happen because he obviously was doing some heavy revenge. But for the most part, those stories are rather pitiful. If a guy has to pull a line like that to get sex, he’s pretty pathetic. We’ve been living under a patriarchy since the fall of Crete, and that culture is coming to an end.