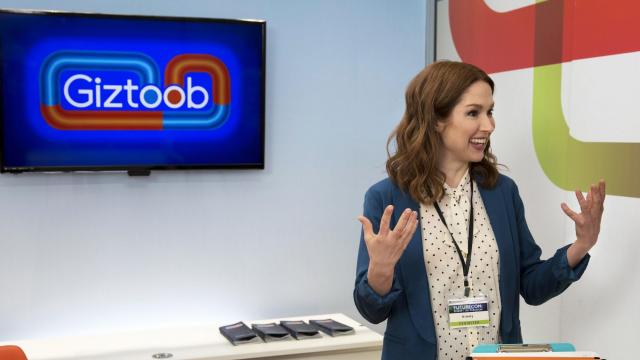 The star told CNN the show wrapped filming at the end of June.

"We were filming the fourth season and we found out as we were filming it that it would be the final season," Kemper said. "In streaming age, that is actually like a fully lived life and feels like we had a lot of episodes given the world we live in now. But it still felt sad because I love these characters, I love the people I get to work with and so it's just a little bit of a loss."

The second half of the show's fourth season starts streaming on Netflix in January.

The new episodes will serve as the swan song for the quirky comedy about a woman trying to make her way in the real world after being held captive for years with a group of others in a bunker.

It's clear that Kemper has a lot of affection for the character of Kimmy Schmidt, which she took on after the role that launched her to fame as receptionist Erin Hannon in "The Office."

The actress is proud of the work she and her co-stars have done on "Unbreakable," even as she mourns its ending.

"I am so happy with how these stories ended," Kemper said. "Every character sort of finishes his or her journey in a really satisfying way. That felt really nice to leave on that note."

Production on the series ended over the summer.

"It feels like we wrapped a long time ago, which is why I'm so excited for these episodes to come out in January, because I feel like I haven't seen them yet," Kemper said. "It almost feels like a lifetime ago that we finished, so I feel comforted it's going to be back in the world."

This season hilariously sends up some timely topics, including the #MeToo movement.

Kemper said she believes "it's great that everyone can have their voice be heard in this day and age" and said she doesn't think the show goes too far with the sensitive topic.

"I think that comedy is great way of dealing with the tough stuff," Kemper said. "[Showrunners] Robert [Carlock] and Tina [Fey] have been doing that so brilliantly all their careers."

It's all treated intelligently, Kemper said, even as it's played for laughs.

So, what about the speculation that an "Unbreakable Kimmy Schmidt" movie could be in the works?

"I know as much as you do," Kemper said. "I've seen rumors online and I hope that it comes true. I don't know anything beyond that."

And how about an "Office" reunion?

"Oh, I would, but I don't know if everyone else would," said Kemper, who added that she is still working on what her next project might be. "Are you kidding? I would do it yesterday."