Elizabeth Warren made at least $1.9 million for past private legal work over three decades 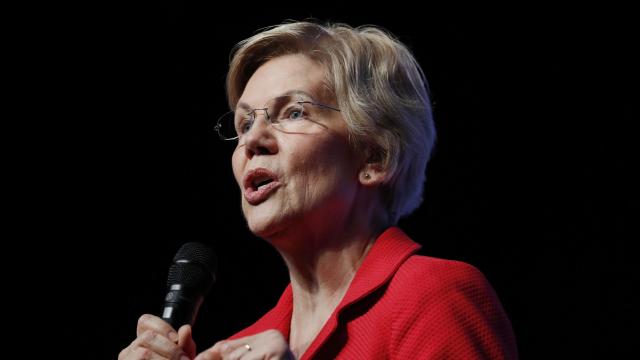 CNN — Sen. Elizabeth Warren on Sunday night released new details about her time doing corporate legal work, a period going back more than 30 years in which she made at least $1.9 million from private clients.

The disclosure comes as she faces pressure from South Bend, Indiana, Mayor Pete Buttigieg, who has been pushing the Massachusetts senator to offer up additional tax returns from that period, which traces back decades.

In the new release, Warren provides a personal compensation figure to each of the cases that she initially listed in May. It does not include previously unreleased tax information. Warren has already released tax returns going back 11 years.

The released documents provide new insight into the occasionally lucrative cases she took while doing private sector work, but is unlikely to tamp down the increasingly sharp war of words between the two campaigns, which recent polling suggests could be drawing from an overlapping group of Democratic primary voters.

Last week, Warren took the rare-for-her step of directly calling on Buttigieg, during an exchange with reporters, to open up his private fundraisers, reveal the individuals bundling donations for his campaign and name clients he worked with during his time at McKinsey, an elite consulting firm.

Buttigieg has said his refusal to open up in more detail about his work at McKinsey is mandated by a nondisclosure agreement from which he is seeking to be released. On Friday, he published a description of "client engagements" from the period, but it did not include a detailed list. He has also been noncommittal when asked if he would allow reporters into his fundraisers, as former Vice President Joe Biden has. Warren and Vermont Sen. Bernie Sanders, unlike their moderate rivals, have sworn off big dollar fundraisers.

A senior Warren aide made the case Sunday night that, by releasing the income information in this form, the campaign is providing more detail -- in the form of itemized figures -- than voters would be able to derive from tax return documents.

The senior aide also said that, given Warren's earlier release of 11 years of tax returns, the request for her to provide some four decades of returns represents a double standard.

In a statement Sunday night, Warren communications director Kristen Orthman said, "Today, we have updated that disclosure (from May) to include all the income she earned from each case that we have been able to determine from public records, Elizabeth's personal records, and other sources."

"Any candidate who refuses to provide basic details about his or her own record and refuses to allow voters or the press to understand who is buying access to their time and what they are getting in return will be seen by voters as part of the same business-as-usual politics that voters have consistently rejected," Orthman added, echoing Warren's own indictment of Buttigieg.