Washington — Thousands of people have filed past the casket of former President George H.W. Bush to pay their respects.

On Tuesday, former Senate Majority Leader Bob Dole, 95, saluted Bush at the casket of the late president. Like Bush, Dole is a World War II veteran.

Dole and his wife, former North Carolina Senator Elizabeth Dole, were close to the Bush family.

She described the relationship as "warm."

"Very, very warm," she said. "We saw eye to eye on most of the issues ... we had similar experiences. I remember when George Bush became vice president I had a tea for Barbara Bush, and I took my mother’s best china right from this cabinet right here and took it up to Capitol Hill for this tea for Barbara Bush." 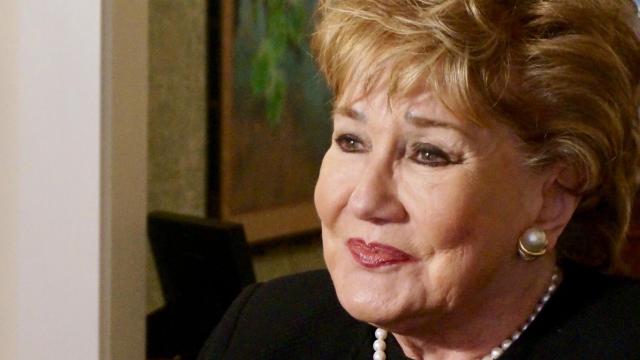 And, later on, as Bush’s own cabinet as Secretary of Labor.

Elizabeth Dole recalled his compassion as they worked to improve the lives of young Americans.

"President Bush decided to have an event in the Rose Garden to honor these disadvantaged young people, and it was a beautiful event, and he showed every bit as much respect for these young people as he would for a world leader coming to the White House or a group of senators. It was a beautiful thing, it really was," she said.

As the Doles prepare to bid farewell to the former president, there is another common bond that brings them comfort.

"The bond of faith. Which I think is one of the strongest bonds people can have," Elizabeth Dole said.

Bush achieved the office that her husband Bob Dole sought in 1996 as the Republican presidential nominee.

Bush is lying in state in the rotunda of the U.S. Capitol until 8:45 a.m. Wednesday. His casket will be transported by motorcade Wednesday morning to the National Cathedral, where a state funeral will be held.

On Thursday, a private funeral service with about 1,200 invited guests will take place in Houston.

Bush died on Friday at age 94.