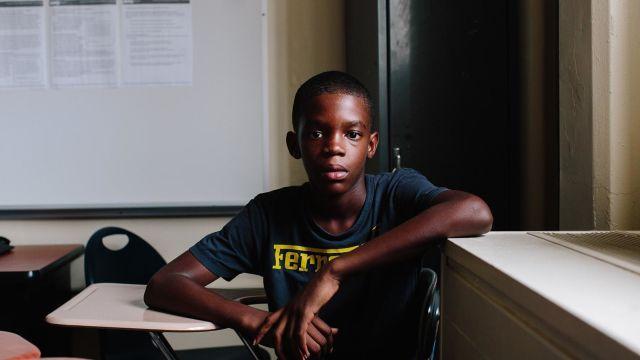 NEW YORK — Samuel Cole took the specialized high school test, only to miss the cutoff for his chosen school by more than 30 points.

But he is getting another chance through a summer program that places a limited number of students from disadvantaged backgrounds at the city’s eight specialized high schools that give the exam, including Stuyvesant High School and the Bronx High School of Science.

Now, New York City is expanding this alternative admissions process — known as the Discovery program — as a way to increase the diversity of the specialized high schools, where black and Hispanic students are underrepresented. Though the effort has received less attention than the mayor’s ambitious proposal to get rid of the test entirely, it has an advantage because — unlike eliminating the test — it does not require the approval of the state Legislature.

And who makes it into the program will also change. Students are currently eligible if they meet the city Education Department’s criteria for being disadvantaged. But under the new plan, only students who attended high-poverty middle schools will be accepted. Changing to high-poverty schools means that those accepted will be more likely to be black or Hispanic, since they predominate at those schools.

With these changes, city education officials project that 16 percent of the students admitted to the specialized high schools will be black and Hispanic, up from 9 percent now. The changes will be phased in over two years beginning next summer and are expected to cost $550,000, according to city estimates.

The expansion of the Discovery program has drawn support from many parents, teachers and even some alumni of the specialized high schools who say it is a better way to achieve diversity than eliminating the admissions test. “Done correctly, Discovery is absolutely the solution,” said Soo Kim, the president of the Stuyvesant High School Alumni Association.

In fact, Larry Cary, a labor lawyer who is the president of the Brooklyn Tech Alumni Foundation, said his group began calling for the changes to the Discovery program two years ago because it was still primarily bringing in students who were white and Asian. “It was not doing the job Discovery was intended to do,” he said. “It wasn’t loading more black and Hispanic students at the schools.”

But expanding Discovery has also raised concerns that it could send students to the specialized schools who are unprepared for the accelerated academics and high-stress environments. “It doesn’t pay attention to the needs of the student,” said Stanley Blumenstein, a 1963 graduate of Bronx Science who served as the school’s principal from 1994 to 2000. “It’s strictly a political decision. It is a non-color-blind decision, which is antithetical to the merit-based admissions, which the founding fathers established.”

The Discovery program was included in the 1971 state law that mandated the test-based admissions system for the specialized high schools. It was intended to give disadvantaged students who had just missed the schools’ cutoff scores an alternative way to show that they had what it took to succeed. The cutoff scores fluctuate every year. This year, getting into Stuyvesant, the most competitive of the schools, required at least a score of 559; the Brooklyn Latin School, the easiest to get into, accepted students who scored 482 or above. Students selected for this summer’s Discovery program had scores ranging from 469 to 481, according to the city Education Department. For Stuyvesant, that meant students fell at least 78 points below the school’s cutoff.

At all of the specialized schools, there are about 4,000 seats. The schools currently admit about 5,000 students, allowing for the fact that some students will accept an offer at another city school, move away or go to private school. The schools expect to fill some seats from the Discovery program and can take more if they end up with empty seats. As they expand to the full 20 percent, the schools will have to cut back on their initial offers.

Blumenstein recalled that when he was principal of Bronx Science, the Discovery students typically fell just short of the school’s cutoff score and might have been admitted to another specialized school. They were essentially trading up to their top choice. “We always felt we weren’t lowering standards,” he said. “We were just giving an opportunity to students who maybe missed one question because statistically if you are under the cutoff by 3 or 4 points, it’s not much different than just being over it by 3 or 4 points.”

However, the program fell out of favor in later years, especially after the city began limiting the program to students who were not admitted to any of the specialized schools, according to some educators and alumni. By 2015, Stuyvesant, Bronx Science and the High School of American Studies at Lehman College no longer accepted Discovery students.

City education officials refocused on the Discovery program in 2016, as part of a citywide push to increase diversity in the schools. They expanded the program at Brooklyn Technical High School and restored the one at the High School of American Studies, which had ended Discovery because it worried about overcrowded classrooms. Alessandro Weiss, the principal at the High School of American Studies, said “the decline in the diversity of our student body was an issue of greater importance to us than the increase in our enrollment, and we brought back the program.”

Last year, it was reinstated at Bronx Science, and this summer at Stuyvesant.

The Education Department selects Discovery students for a specific school, based on their scores and how they ranked the schools in their application. Each school then runs its own program and has the option not to accept individual students at the end if, for instance, they did not complete the work or had spotty attendance.

At the Stuyvesant program, 23 students took three weeks of classes in math, literacy and biology, and were assessed by teachers and received individual feedback, though they did not take tests or receive grades because the “focus was on content mastery, not on test preparation,” said Eric Contreras, Stuyvesant High School’s principal. They also worked daily with a guidance counselor on social and emotional skills, including learning to advocate for themselves.

At the end, all the students were accepted. Jonathan Taylor, a research analyst at Hunter College, said there is evidence to support the city’s expansion of the Discovery program. He tracked 35 students who were admitted to Brooklyn Tech in 2014 through the program. Their average grade point average was 86.6 in ninth grade, compared with 86.7 for the students who had originally scored high enough on the SHSAT — some of whom had test scores that were 200 points higher.

At the High School for Mathematics, Science and Engineering in Harlem, Samuel was one of 13 students in this summer’s Discovery program. Ten of them, including Samuel, were black or Hispanic. Crystal Bonds, the principal, said the program not only allows the school to assess the students, but also gives the students a taste of the school culture to see whether it is a good fit. The English class runs a full 90 minutes, as it does in the school year. Homework is assigned. Quizzes are given.

Sean Dolcy, an assistant principal who oversees the program, said the school plans to take all the Discovery students this year. Previous Discovery students have gone on to the top of their classes. A few have struggled, but not one has been unable to handle the work, he said. Even after the summer, the school continues to support Discovery students, including holding monthly meetings for them to come together.

Samuel, 13, whose family is from Jamaica, said he did not feel less prepared than future classmates who scored higher. “It’s not like a humongous difference,” he said. “We’re not inferior.”