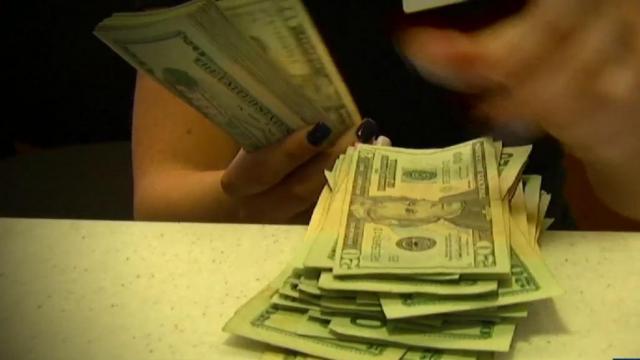 CNN — Eliminating the payroll tax could deplete the Social Security trust fund within three years if there's no alternative source of revenue, according to the agency's chief actuary.

The analysis was done at the request of four Democratic senators, who asked the agency to run the numbers after President Donald Trump said he would terminate payroll taxes if he's reelected.

"We will be, on the assumption I win, we are going to be terminating the payroll tax after the beginning of the new year," Trump said earlier this month, adding that it would save families thousands of dollars.

Only Congress could eliminate the payroll tax, and there's little support for it right now on either side of the aisle. It would do nothing to help the millions of Americans out of work because of the coronavirus pandemic and not getting paychecks.

Trump claims that eliminating the tax would have no impact on Social Security, though, because the money would be shifted from the government's general fund. That, also, would require an act of Congress. The actuary's analysis was based on hypothetical legislation that would not take money from the general fund.

It's been done in the past. When Congress cut the payroll tax under President Barack Obama, it reimbursed Social Security's trust fund out of general revenue. But the tax cut was temporary and only reduced the rate, rather than eliminated it altogether. Yet it still reduced federal tax revenue by about $227 billion over two years, according to the Congressional Research Service.

Currently, workers pay about 7.65% of their wage and salary incomes to fund Social Security and Medicare. Employers match the amount, while those who are self-employed pay both shares, though they get to deduct the employer portion.

Trump has long been a fan of the payroll tax cut. On August 8, he went around Congress and signed an executive action that calls for deferring the payroll taxes paid by employees until the end of the year. But because it's a deferral instead of a cut, workers could then face a bigger tax bill next year.

It may have little impact. Employers have the option of withholding the tax, and many say it would be "unworkable" to do so.

The pandemic has already put Social Security on shakier ground because the millions of people out of work aren't paying payroll taxes to begin with.