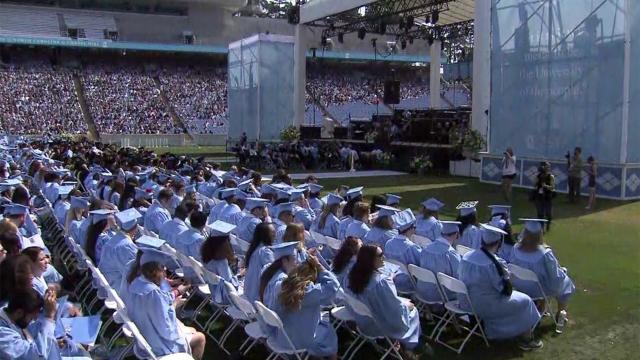 EDITOR'S NOTE: David Leonhardt is a former Washington bureau chief for the Times, and was the founding editor of The Upshot and head of The 2020 Project, on the future of the Times newsroom. He won the 2011 Pulitzer Prize for commentary, for columns on the financial crisis.

Democrats won’t be able to do much policymaking over the next two years, because of President Donald Trump and the Republican Senate. But they can use their House majority to do more than investigate Trump. Democrats can hold hearings and pass bills that make clear their party’s vision for 2020 and beyond. They can figure out which ideas have the potential to improve people’s lives and to win over voters.

One idea that’s started making the rounds is the elimination of all student debt. Major publications have published columns promoting the idea. Almost 20 House Democrats have signed on to a bill — written by Jared Polis, Colorado’s governor-elect — that would cancel all debt. It’s also a priority for Alexandria Ocasio-Cortez, the high-profile incoming House member from New York City.

The allure is clear enough. Americans hold about $1.4 trillion in student debt. Eliminating it seems like the kind of bold, progressive idea that Democrats should embrace.

But it’s actually a bad idea. It is the sort of proposal — alluring but counterproductive — that Democrats should avoid as they build an agenda.

The fatal flaw of universal student-debt cancellation is that it’s not, in fact, progressive. It mostly benefits the upper middle class. “ Education debt,” as Sandy Baum and Victoria Lee of the Urban Institute have written, “is disproportionately concentrated among the well-off.” The highest-earning quarter of the population holds about half of all student debt, according to Baum and Lee. Which means that universal student debt cancellation would be a giant welfare program for the bourgeoisie.

To be clear, student debt is a real problem. But it’s a complicated problem. Most people struggling to pay off their debts are not graduates of four-year colleges. They are instead non-graduates — people who attended college (often a for-profit college) but never received a degree. They have the worst of both worlds: debt and no degree.

Most graduates of four-year colleges, by contrast, are doing just fine. I know you’ve probably read stories about liberal-arts college graduates who ran up enormous debts and now can’t find decent work. But they are the rare exceptions.

For one thing, college graduates come disproportionately from higher-income families. Most of these families don’t make enough to pay for college outright, so their children take out some loans. But the amounts are usually manageable, because most students attend public colleges and those who attend private colleges usually receive financial aid.

The average four-year college graduate who takes out loans ends up with less than $30,000 in debt. That typically translates into monthly payments of about $300 — or about 7 percent of the starting salary of a brand-new college graduate (which is more than $50,000 a year). Over time, this percentage declines, as the graduate receives raises. No wonder the overwhelming majority of college graduates repay their loans on time.

I happen to have been an example — of a college graduate who did not deserve to have his loans forgiven. I grew up in a middle-class family that was doing fine but needed financial aid. My dad worked as a high school teacher, and my mom worked at a local college. I went to Yale University with the help of extended family members who pitched in, a scholarship and student loans. In today’s dollars, I graduated with about $22,000 in debt.

And I certainly did not enjoy repaying it. I remember grumpily writing the checks. It was a meaningful amount of money for a young journalist. It also became a monthly reminder of how bureaucratically frustrating the Yale financial-aid office had been for my parents and me. If some politician had suggested canceling my debt, I might have signed on to the movement.

But it would have been a silly movement, one that conflated the real struggles of poor and working-class young adults with the mild discomforts of the professional class. The same is true today. A recent Brookings Institution study by Judith Scott-Clayton found that the loan-default rate for borrowers with a bachelor’s degree was less than 8 percent. The default rate for borrowers without any degree was a miserable 40 percent.

I understand why sweeping ideas like “cancel all debt” or “free college” seem appealing. And I know that some four-year college graduates really are struggling. But this country has too many big problems to start showering the upper-middle-class with enormous government benefits.

The right approach is a debt-forgiveness program that helps families who really need it. People whose income is below a certain threshold should have some of their debt forgiven (expanding the income-based repayment programs that already exist). And federal financial aid should expand, too, with a focus on poor, working-class and truly middle-class families.

Congressional Republicans, unfortunately, have shown no interest in these issues. Now that Democrats have the House, let’s see what they can come up with.