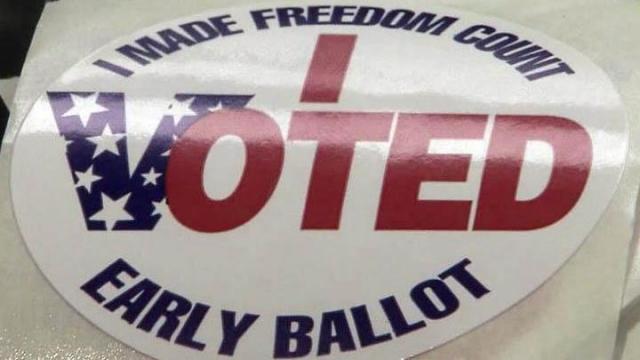 By Matthew Burns and Renee Chou

Raleigh, N.C. — After close to two hours of debate and discussion, during which lawmakers were roundly criticized by members of the public, a Senate committee passed a raft of elections reforms Tuesday.

House Bill 589 sat idle for three months since the House approved it before undergoing an extreme makeover in recent days to add changes to voter registration, early voting and campaign financing to the initial proposal requiring voters to present photo identification at the polls.

The Senate Rules Committee passed the bill on a hasty voice vote before members rushed off to a floor session that was delayed because the committee meeting ran long.

"This is voter suppression at its very worst," Allison Riggs, a voting rights attorney for the Southern Coalition for Social Justice, told the committee. "It's a cynical ploy to make it harder for certain people to vote."

Sen. Bob Rucho, R-Mecklenburg, defended the various provisions in the bill by saying they would simplify what are often confusing regulations, promote consistency in elections operations statewide and increase people's confidence in the integrity of North Carolina elections.

"The honesty and integrity of the system is paramount," Rucho said.

Critics of the bill accused sponsors of a lack of integrity, both in the contents of the bill and the fact that Senate Republicans waited until the last week of the legislative session to roll it out and rush it through to passage.

"It's really sad you're trying to jam so many provisions in at the 11th hour," said Bob Hall, executive director of Democracy North Carolina. "You're building your legacy here."

"No one is being fooled," said Jamie Phillips, policy coordinator for the state NAACP. "This bill was crafted to make voting disproportionately harder for certain groups."

The legislation proposes to shorten the two-and-a-half week early voting period in general elections by a week, to prohibit counties from extending early voting hours on the Saturday before Election Day to accommodate crowds and to eliminate same-day voter registration during early voting.

Florida cut early voting from 14 to eight days in the 2012 election, which led to six-hour lines on the final day of early voting last fall. An estimated 200,000 Florida voters simply gave up and didn't vote, according to officials in that state.

A Florida elections official told House members in April that the impact of reducing early voting was "a nightmare" and that lawmakers in that state were looking to restore a 14-day early voting period there.

About 57 percent of the votes cast in last fall's election in North Carolina were done during early voting.

"We're here to say no," Justin Guillory, spokesman for the liberal group Progress NC, said during a morning news conference. "No to fewer early voting days. No to fewer voting sites. No to drastic changes that will keep people from participating in our democracy."

Rucho said cutting early voting would save county elections boards money and still provide them the flexibility to open as many sites as needed to meet their needs during the shorter early voting period.

"With these changes, everyone has equal access to voting," he said.

"It's our responsibility to make sure that voting is not a two-hour burden on people," said Sen. Martin Nesbitt, D-Buncombe.

Other provisions in the revamped bill include the following:

Stein peppered Rucho and legislative staffers with questions about various provisions, such as the reason to stop pre-registering teens when they get their driver's licenses to the reason to end straight-ticket voting.

Rucho explained that it's less confusing for people to wait until they turn 18 to register to vote and that requiring voters to make a selection for each race instead of voting a straight Democratic or Republican ticket would bring more attention to down-ballot races.

Public speakers scoffed at Rucho's argument that voter registration is too confusing for teens. A Millbrook High School teacher said he has registered 2,000 students without any problems over the years, and Allison Green of Durham said she routinely registers people to vote in her neighborhood.

"This bill harms our democracy by restricting participation in elections," Green said.