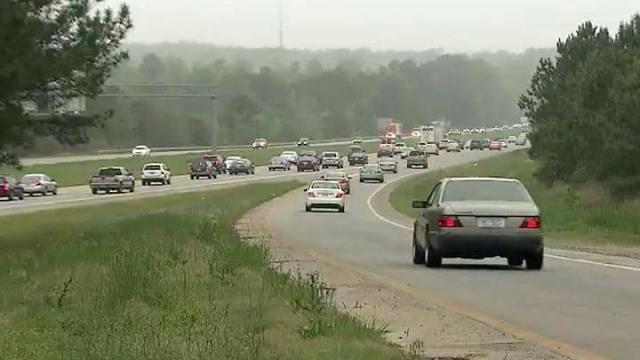 Senators voted 32-11 early Friday to send Senate Bill 403 to Gov. Pat McCrory. In general, the measure has rules sought by those trying to make elections more transparent, such as requiring any candidate for state office who raises or spends more than $10,000 to file campaign reports electronically. Electronic reports make the compilation and review of data faster.

However, one part of the measure rewrites rules for when counties may hold special elections on imposing new sales taxes, issuing bonds and similar measures. Under current law, counties may set such elections in either odd or even years.

Under Senate Bill 403, counties would be able to hold such referenda only during elections when every voting precinct in the county is open. This would limit 99 counties to holding such elections in even-numbered years. Only Mecklenburg County has a county-wide election in odd-numbered years.

"It may be an unintended consequence when you try to govern from on high ... that we get caught up in stuff here in Wake County," Sen. Dan Blue, D-Wake, said during debate on the bill.

Counties, he said, should be able to determine when is the best time to hold elections.

This provision could come into play for Wake County as early as 2015.

Wake County commissioners have been discussing a transit plan and whether to levy a half-cent sales tax in order to pay for its share of regional transit improvements. Although no plans are final, the earliest possible date for that referendum would be October of 2015. Presuming McCrory signs the elections bill, the earliest possible referendum date would be the May 2016 primary.

"No one from the county commissioners has contacted me," said Sen. Chad Barefoot, R-Wake, who said he did not know whether a transit tax vote was imminent or not.

But he noted that the provision in the elections bill was meant to ensure that people in rural areas of the county would not have to travel long distances to vote in an election that would could determine whether more taxes are imposed.

"I think voters in my district would be very much in favor of that," Barefoot said of the bill.

This is the second bill this session that could limit Wake County's sales taxing authority. Another bill that passed the Senate early Friday morning caps the amount of overall sales tax counties can levy. That measure needs approval from the House before heading to the governor.