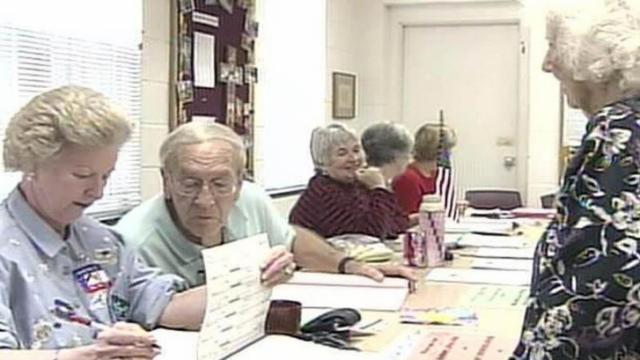 Raleigh, N.C. — North Carolina election officials say the number of residents who have registered to vote every year through the Division of Motor Vehicles and other state agencies doubled in 2016 after the state faced a lawsuit for failing to comply with a federal law.

The National Voter Registration Act requires that state agencies that interact with the public give those seeking other services the chance to vote.

According to the State Board of Elections, 345,000 people registered through the DMV, local social services offices and other human service agencies in 2012. In 2016, that number had risen to 715,000.

"Through partnerships between boards of elections and public agencies across North Carolina, voter registrations submitted or updated through those agencies rose to an all-time high in 2016," Elections Director Kim Strach said in a news release. "This is great news for voter participation and will help ensure the accuracy of North Carolina’s voter rolls moving forward."

The A. Phillip Randolph Institute, Democracy North Carolina and other groups filed suit in 2015, saying the state had failed to ensure voters had the required chances to register to vote. 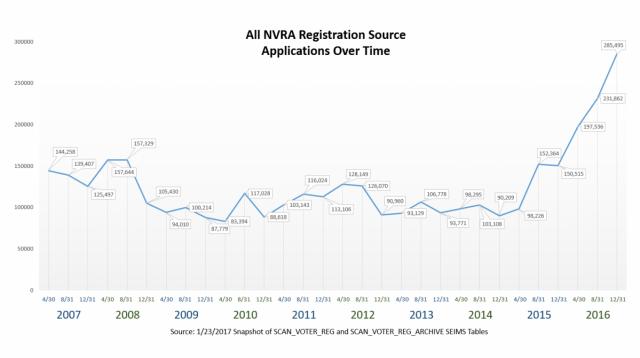 The judge in that lawsuit has scheduled a motions hearing for Feb. 3.

According to the State Board of Elections, there have been upturns in registrations both at DMV offices as well as social service agencies.

Strach credited the DMV's new online system that allows people to make changes to driver's licenses and update their voter registration at the same time with driving up the number of new registrations coming in through that agency.

As for social service agencies, a board news release says, "registrations and updated registrations initiated at public assistance agencies, including DSS offices, dipped in 2013 and 2014, which are non-presidential-election years, but rebounded to more than 30,000 in 2015 and a record high of 48,910 in 2016."