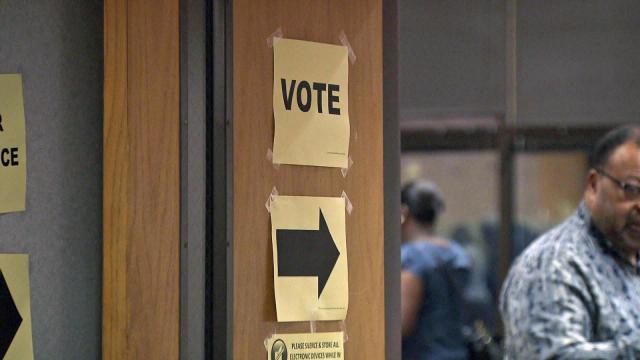 CNN — Election night can be synonymous with unpredictability -- just look at 2016 -- but this year might be even murkier than usual.

The pandemic has changed the way millions of Americans vote for president. Voters have already cast an unprecedented number of mail-in ballots, for example. In many locations -- some of them potential battleground states -- mail-in ballots will not be counted until after the election, potentially leading to long delays in the news media's ability to call the election on election night.

That's why many news outlets are already going into rehearsal mode behind the scenes as they continue to cover ongoing election and voting news. The Associated Press, for instance, performs drills to prepare.

Many news organizations rely on the Associated Press to make calls on Election Day, waiting until the AP announces a winner before declaring it on air or online.

President Donald Trump has said he wants immediate results on election night, but that's not necessarily realistic. Senior Department of Homeland Security officials have urged voters to be patient, warning that the results may not be known on Election Day this year.

"I think the biggest factor that determines if there is an early race call, a early declaration of a winner or a later one is really the closeness of the race," Buzbee said. "That's still the single biggest factor."

Americans around the country will be tuning in to their network of choice, but Buzbee made it clear that news outlets aren't in competition with each other on election night. She added that the data and the facts are driving decisions on election night.

"This is not magic," she said. "This is actually math and facts and science. That's how races are called."