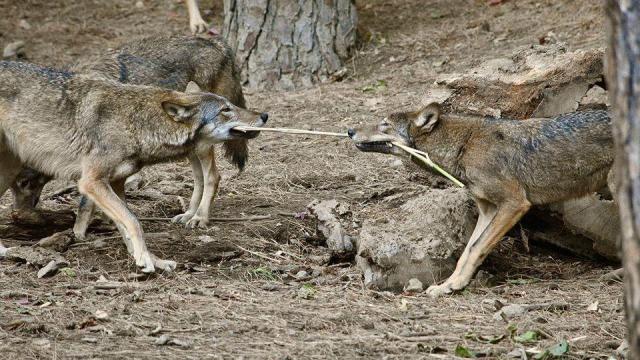 Durham, N.C. — Eight of the 10 red wolves living at the Museum of Life and Science will make a move to Virginia early next year.

The Durham museum announced Friday that the wolves will be relocated to a larger, half-acre habitat at the Mill Mountain Zoo in Roanoke, Va. The move will likely happen in January, according to a press release.

Space is the primary reason for the move of the animals, once a top predator in the southeastern United States and now critically endangered. Only about 270 red wolves remain — about 20 in the wild and another 250 in captivity, according to the museum. The move is based on a recommendation from the Red Wolf Species Survival Plan, a cooperative effort that includes the Museum of Life and Science.

More open space at Mill Mountain Zoo, according to the museum, will allow for better management of the wolves' breeding cycles. The two brothers who remain in Durham also will benefit from having more space.

“Any time we transfer wolves, it's hard,” said Sherry Samuels, the museum's director of animal care, said in a press release. "While it’s sad, it's the right move for the individual animals and the species. They're heading to a space that's double the size, which is not only better for them, but better for the wolves that remain behind here.”

The museum is encouraging visitors to see the red wolves before they move next year. It's also providing a public space for visitors to leave messages, thoughts and well-wishes for the animals.

Museum staff will manage the move in vans when it's time. The Mill Mountain Zoo, a nonprofit wildlife attraction, is less than three hours from the museum, so a team of drivers will bring them to their new home with minimal or no stops, according to the museum's press release.

“They're heading to another cooperating institution that knows what it’s doing. They're going to have more space. We're keeping two wolves here in our space,” Samuels said in the press release. “And at the same time, for the bigger picture, sending a family of wolves to a new institution means that thousands of new visitors will learn about these animals and the efforts to protect and preserve their species.”

Samuels said that though saying good-bye will be difficult, it's the right thing to do. This isn't the first red wolf family to be transferred from the museum. In 2017, a family of six moved from Durham to a conservation center in New York.

“The fate of the red wolves is in the hands of 42 cooperating Red Wolf SSP institutions,” Samuels said in the release. “We have to work together in order to do right by these individual animals, and do right by the species, whether that's easy or hard or sad.

“The wolves that come to the museum are only here temporarily from the very beginning. This is just a stop on their way, but we're still attached to them,” she said in the release. “It's going to be hard to see them go, but this is the right choice for these animals.”