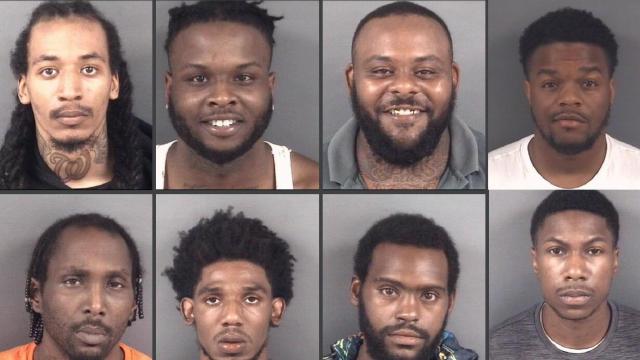 Eight men have been arrested and are facing charges connected to last weekend's crimes during protests and riots in Fayetteville.

The arrests came as protesters took to the streets in the wake of the death of George Floyd. The Market Place was damaged along with looting in some businesses. Earlier Friday, Charles Anthony Pittman was arrested and charged after police said he set the historic Market House on fire.

Two people were arrested as a result of the break-in which occurred at 300 Cross Creek Mall (JC Penney). Both were charged with breaking and entering.

Two were arrested in downtown Fayetteville for failure to disperse.

One was arrested and released with a state citation for failure to disperse.

One was arrested for defacing public property, and trespassing (spray painting the Market House).

3060 Owen Drive (Chrome Motor Sports) Charged with Attempted Breaking and Entering of a business, Contributing to the Delinquency of a Juvenile, and Curfew violation. He was apprehended with 3 Juveniles at the time of the arrest.