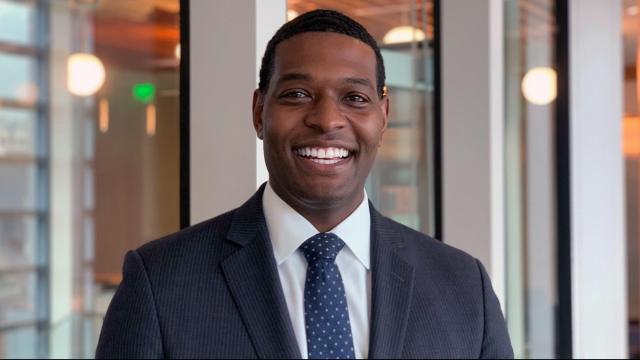 The biggest challenges Michael Regan, North Carolina’s Secretary of Environmental Quality, faces as President-elect Joseph Biden’s pick to take over the federal Environmental Protection Agency are not unfamiliar to him.

It is an agency that, for the last four years, has been neglected by President Donald Trump’s administration. Its essential mission has been subverted and ignored. Its employees are demoralized.

Four years ago when Regan took over the state Department of Environmental Quality, he inherited an agency diminished by harsh budget cuts. Ineffective leadership left the dedicated rank-and-file agency workers unsupported and uncertain about their mission.

“He has done a good job of leading a department that was low on morale and had its budget cut and turned it around," said William Ross, a lawyer who headed the state Department of Environment and Natural Resource for eight years – and was briefly DEQ interim secretary before Regan took over.

But, as Regan demonstrated over the last four years, he was far more than a cheerleader. He was effective at resolving responsibilities for the thorny Duke Energy coal ash spill disaster the previous administration failed to resolve. His agency was also able to get Chemours Co. to end the polluting practices that had the chemical GenX contaminating drinking water sources in the lower Cape Fear River region.

Following Gov. Roy Cooper’s October 2018 executive order on climate change and development of a clean energy economy, Regan developed a Clean Energy Plan to cut greenhouse gas emissions from the state’s electric power producers by 70% and accelerate clean energy economy expansion opportunities in both the rural and urban areas of the state.

Bill Holman, another former state Environment and Natural Resources secretary who has worked closely with Regan over the years, says he’s someone who reaches out and listens to those in diverse areas and with multiple perspectives. He is not someone, Holman said, who merely seeks affirmation of his positions.

“He does not see being pro-environment and being pro-business as exclusive,” Holman said.

As a result, he has found himself at odds sometimes with some environmental advocates. They’ve contended he has not been tough enough on the state’s hog producers and the impact pollution from industrial-size farms have had on those who live near them amid plans to develop fuel from the methane produced from the animal waste. Others say he should have been more skeptical of the Atlantic Coast natural gas pipeline, for which his agency issued water quality certifications. The pipeline project has since been abandoned.

While some of his policies may have had opposition, he has demonstrated the unique ability to deal with it without generating antagonism.

It is no small point to note that Regan will be the first Black man in charge of the EPA. Two years ago he created the Environment Justice and Equity Advisory Board “to assist the Department in achieving and maintaining the fair and equal treatment and meaningful involvement of North Carolinians regardless of where they live, their race, religion or income with respect to the development, implementation, and enforcement of environmental laws, regulations, and policies.”

In the days since President-elect Biden announced Regan’s pick, he has been described as both “a consensus builder” as well as a “fierce protector of the environment.” He has demonstrated that those are NOT mutually exclusive and is just what will be needed as he works to reinvigorate the EPA and restore a responsible national environmental protection agenda.