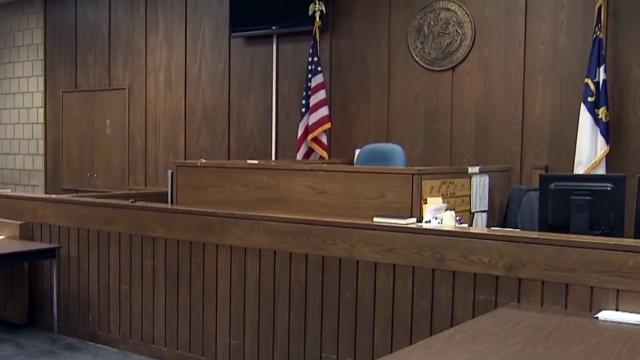 “The legislative, executive, and supreme judicial powers of the State government shall be forever separate and distinct from each other.”
North Carolina Constitution, Art. 1, Section 6

“Each branch is equally important and has its own specific job, but they also work together to make sure that the government is doing its best to take care of its people.”
Celebrating 200 years of the North Carolina Judicial Branch

“We’ve got to take a serious look at the judicial system in North Carolina. And a serious look at what we expect of our judicial system. … The ‘sue-and-settle’ process can be corrected by electing conservative judges. I think it can be corrected by electing judges who understand what the role of the judiciary is. … The legislature and the executive branch need to step in and I think we need to start putting some rails on how broadly the judicial branch can force changes in policy. I think what we’re seeing part of it here with this absentee ballot situation. I think the Leandro situation in the area of education funding or funding in general is just another example of turning our whole system on its ear.”
N.C. Senate Leader Phil Berger, R-Rockingham County, Oct. 5, 2020

Here’s what’s clear. Phil Berger, who represents a single state Senate district, has seized the mantle of leadership of all state government. He will determine what might need to be “corrected” when it comes to separation of the executive, legislative and judicial branches of the government that serve him.

That’s the last thing North Carolinians need. To the degree that Phil Berger has any problems with North Carolina courts, it is HIS failure – as repeatedly pointed out by judges who happen to be Republicans and Democrats -- to follow the law. The problem is NOT our courts or judges.

For much of the last 10 years he has dictated nearly every action to emerge from the General Assembly. The courts – as an independent branch of government -- have been the most significant check on his power.

He doesn’t like it and wants more “conservative” judges in the courts. What he really means is he wants partisan Republican judges that he can control.

How dare judges examine the state of education in North Carolina and determine the constitutional guarantee of a quality education for every child is not being upheld? It is up to Phil Berger to decide what constitutes a good education and whether all kids are getting access to it.

How dare judges determine that the Berger’s legislature overreached its state Constitutional authority to determine the membership of government commissions or the State Board of Elections? It is up to Berger how appointments are made and who gets appointed to commissions and authorities in state government.

What business is it of judges to say Berger’s legislature failed to follow the law -- violating state constitutional guarantees of free elections, equal protection along with freedom of speech and assembly -- in drawing legislative representation districts, leaving thousands of voters without a voice in the General Assembly?

Justice in North Carolina is best served by a “separate and distinct” Judicial branch of government. Yet, over the last decade it has been Berger who has led the effort to subvert it. His legislature repealed the state’s non-partisan judicial elections and abolished public funding of those elections. Prior to that, those reforms were a model for the nation.

North Carolina doesn’t need Berger’s “conservative” judges (or anyone else’s “liberal” judges) who bow to his definition of proper “role of the judiciary.”

It needs INDEPENDENT judges who know the law and follow the Constitution.

It needs INDEPENDENT judges who will use that knowledge and understanding to apply it fairly – regardless of the plaintiffs or defendants.

It needs INDEPENDENT judges who are elected to office on a non-partisan basis and have the opportunity of publicly funded campaigns.

It needs legislators who recognize and honor the North Carolina Constitution which in their oath they pledge to “bear true allegiance.” Phil Berger included.