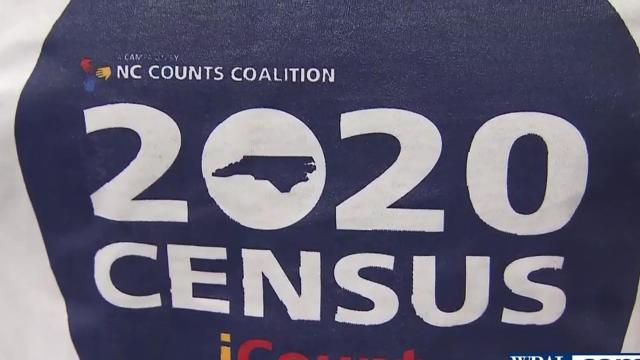 With billions of dollars – and it’s our money folks – at stake as well as an added vote in the U.S. House of Representatives, we’re not being asked to do much. Just go online, make a phone call or mail the complete short 2020 Census form about the number of folks in a household. It’s easy. It takes just minutes.

So why does North Carolina currently rank 35th in response to the census with 59% of households completing the Census self-response? The state’s rate is below the national average of 63% and way behind national leader Minnesota where 72% of households have responded. In the last three Census, North Carolina’s response rate failed to exceed 65%.

“More than four in every ten North Carolina households have NOT yet filled out the 2020 Census, representing more than 4 million North Carolinians not currently captured in the Census,” said Rebecca Tippett. director of Carolina Demography, a project that tracks population and migration changes in the state and is a part of the Carolina Population Center. “Our current response rate is below the national rate and below where our state was in 2010. North Carolina communities that have not responded at high rates are predominantly rural, Black, and Brown, with low internet access.”

Before we provide some helpful information on how to fulfill your duty to participate in the Census, here’s a look at just what’s at stake. No matter the income, ideological outlook, kind of community or location, the data collected through the Census will have an impact on every resident, town, and business in the state.

Foremost, the Census determines North Carolina’s voice in Washington. Currently, given projections for the state’s population growth, the congressional delegation is expected to grow from 13 members of the U.S. House of Representatives to 14. Failure to make sure everyone living in the state is counted in the Census will mean less clout – regardless of political affiliation – in the Capitol. For the state to receive its fair share and be heard with the authority its numbers deserve, there must be a full and complete count.

The population count in the Census directly affects the annual distribution of $43.8 billion in federal funds that provide assistance in the states for health care, schools, transportation systems and emergency response.

Population data is used to determine aid to communities affected by natural disasters – such as hurricanes, tornadoes, floods and droughts.

Census data is already being used to help understand and confront the COVID-19 pandemic.

Missing just 3% of the count by the Census could cost North Carolina $330 million over a decade. Again, this is money North Carolina taxpayers send to Washington that won’t come back – but will go to help other states.

Or you can find that questionnaire you got a while back in the mail, complete it and send it back.

Have you already completed your 2020 Census response? Great. But how about asking your friends and neighbors if they’ve completed the 2020 Census. If they haven’t, just give them the information above.

Time is running out. It was recently decided to shorten the response period by a month and end it on Wednesday, Sept. 30. There’s more information and resources provided by the state here.