Editorial: Will state and CSX seize opportunity to get it right in Johnston County? 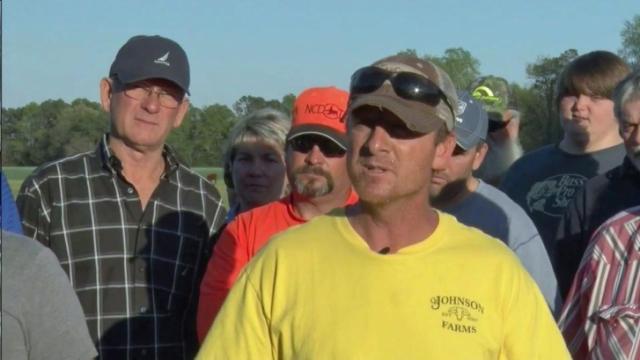 North Carolina and CSX officials need to work openly and effectively with local residents to avoid squandering an important economic development opportunity for Johnston County and the eastern part of the state.

A CBC Editorial:Wednesday, April 6, 2016; Editorial# 8012
The following editorial is the opinion of Capitol Broadcasting Company.

The CSX rail terminal project in Johnston County may get new believers among those who have doubts about life after death. Nearly two months to the day after Gov. Pat McCrory's office declared the project "does not appear to be a viable option" the Johnston County Board of Commissioners reversed itself last week and passed a resolution that supports locating the project in the county.

With it, the town of Four Oaks had indicated it is interested in having the 450-acre terminal in the community.

No one should be breathing any sighs of relief. This action isn't an end -- but an opportunity for government officials and CSX to get a fresh start on a project that was shrouded in secrecy and instantly became a classic case of government over-reach and corporate bullying. It is worthwhile to note what transpired.

In mid-January, an ebullient McCrory enthusiastically announced that the project to be located near Selma would "maximize both public and private investments for economic development and job creation."

Nick Tennyson, McCrory's transportation secretary, said the project would "provide vibrant economic benefits." Fifteen hundred jobs, an investment of $150 million by CSX along with up to $100 million of state government incentives, would come to the area.

Two weeks later, after an avalanche of community opposition from landowners and others, complaining that they'd known nothing about the project until visits from CSX officials threatening government action to seize their land if resisted. McCrory had to reverse himself and declared an end to the project.

With an awareness of what happened, what went wrong and why, there's a clear path forward that will work to bring the CSX terminal to a community that will welcome it with open arms.

Economic development officials and CSX personnel need to work with the communities -- particularly the resident and landowners -- in an open and full manner. The should organize community meetings, fully and completely share all plans, solicit community concerns and needs, and be willing to modify plans in response to those concerns.

This is not magic. CSX, state officials and local economic development interests, have this unique opportunity to show they can be good neighbors.

If they embrace the concerns of the people who live in Johnston County, work openly and honestly on the project’s plans and needs, there's a far better chance it will all end with greater economic opportunities for eastern North Carolina. And North Carolina will gain an important facility that will open doors to more appropriate industrial and economic growth.