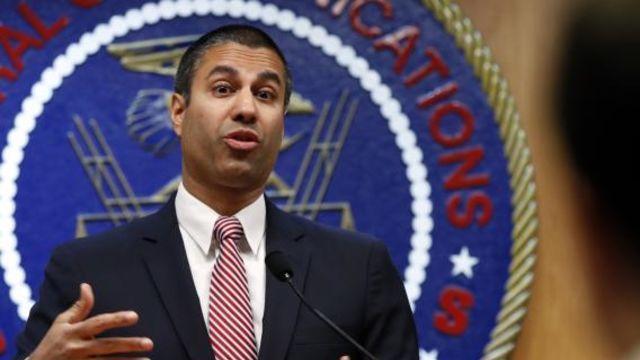 CBC Editorial: Wednesday, May 23, 2018; Editorial # 8304
The following is the opinion of Capitol Broadcasting Company

Hopping a ride on a band wagon doesn’t entitle anyone to lead the parade.

That isn’t stopping Lt. Gov. Dan Forest. He proclaims atop his Facebook Page “FIRST CONNECTED North Carolina first in the nation to connect every classroom to high-speed broadband.”

He hosted a made-for-a-campaign-commercial media event Tuesday with Federal Communications Chairman Ajit Pai and a bevy of Republican state legislators at Graham High School in Alamance County to boast about it. It is no small achievement.

However, it’s not quite his to brag about. If Forest’s fellow Republicans had their way, there would be nothing to celebrate. In 2007 only one Republican, former state Sen. Fletcher Hartsell, voted for the state budget that included the school connectivity initiative.

After their initial opposition to the 2007 budget, the Republican-led legislature in subsequent years did continue to back the initiative.

This has been an important initiative for our money-starved public schools. It is a critical resource for 21st century learning, for every North Carolina child no matter where they happen to attend school. It’s good that Forest joined the parade. He needs to do MUCH more for education – make sure there’s the supplies and resources in classrooms to fully exploit the connectivity he brags about, that schools are fully staffed, and teachers and school administrators are appropriately compensated.

FCC Chairman Pai noted that in the last 11 years North Carolina has received about $700 million of federal e-rate funding. The result is students, no matter their background or schoolroom in the state, have high-speed connectivity.

It’s ironic that while Pai celebrates North Carolina’s spread of high speed internet access, he’s been working in Washington to do just the opposite, adopting policies that sharply cut access to high-speed connectivity. Given the lieutenant governor’s vocal praise and commitment to open and free broadband access it would be an abdication of his responsibility if he didn’t tell his political ally, Chairman Pai, that equal access must extend beyond the public school classroom.

He needed to tell Pai that, no thanks to North Carolina Sens. Richard Burr and Thom Tills, the U.S. Senate was right when it voted to overturn the FCC’s abolition of “net neutrality” -- rules that prohibit broadband providers from blocking or speeding up streams and downloads of web content in exchange for extra fees. Forest needs to press North Carolina’s delegation in the U.S. House of Representatives to go along with the Senate’s action.

North Carolinians, no matter where they live or what they do, should have open and fair internet access that protects them from blocking or paid prioritization. It is crucial for small business owners and budding entrepreneurs. It is important to close the “homework” gap so students can keep up outside the classroom.

We don’t need internet gatekeepers who will speed up or slow down the flow of information depending on who is paying.

“Our agency’s top mission is to close the digital divide – that is the gap between those who have access to the internet and those who don’t,” Pai said at Graham High School. “It is that we recognize that the internet plays an increasingly important part in American life -- starting a business, getting health care, agriculture -- but especially education.”

We don’t doubt that Pai believes all that. He must do more than give them lip service. The U.S. House of Representatives needs to help him see the light.