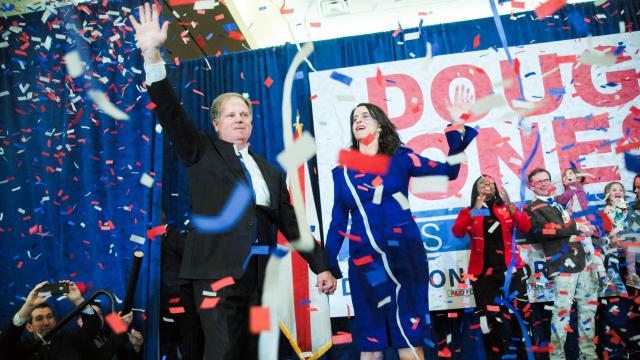 In the end, Alabama’s shamed Republican Senate candidate Roy Moore, wearing a black hat, unsteadily rode off into the sunset of defeat.

Sure, Democrat Doug Jones’ victory was slim. But it was created by a near earthquake-like shift in Alabama’s political landscape. A year earlier, Republican Donald Trump defeated Democrat Hillary Clinton by a 28 point margin. Republican Senate incumbent Richard Shelby had a similar margin of victory.

No matter the political party, a shift away from those margins is significant.

While there has been, and will be, plenty of evaluation and analysis of the Alabama vote,  the performance of the president and other issues – there are a couple of clear conclusions:

VOTING MATTERS
To the degree that Republicans now regret nominating Moore as their candidate, they have only themselves to blame. When they had the choice between Moore and Luther Strange – the former congressman who’d been appointed senator to fill the vacancy when Sen. Jeff Sessions was named U.S. Attorney General – just 14 percent of Alabama’s 3.3 million voters bothered to show up at the polls to pick a nominee. Moore won with 55 percent of those who cast ballots – a mere 8 percent of all Alabama’s voters. This was no consensus nominee – even among Republicans.

With turnout weaker among other groups, the particularly strong African-American presence at the polls gave their votes even greater influence.

HYPER PARTISAN RACIAL GERRYMANDERING
Doug Jones managed to win the election, but carry only one of Alabama’s seven congressional districts. How could that be? 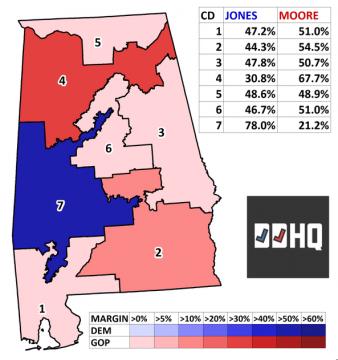 While the weekend news analysts will ponder the results of the Alabama election’s impact on the Trump presidency, the balance of power in the U.S. Senate and the 2018 elections, there is a clear message for us all:

Voting is every citizens’ most powerful civic voice. Even as those in political power seek to manipulate and weaken that voice for some, the power of a vote, the will of the people, is the only way to hold government officials accountable in the end. It’s not too early to register to vote, if you have not already done so, to be sure your voice is heard and you make a difference.