Editorial: What about Trump is worth betraying basic principles? 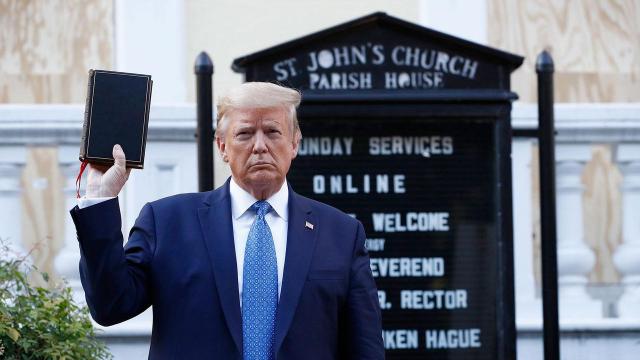 The unquestioned allegiance to Donald Trump by many in the nation’s evangelical movement has been one of the most astonishing and damaging consequences of his presidency.

Why have so many, including prominent leaders like Franklin Graham, deified someone who personifies all they claim to abhor?

Donald Trump’s presidency, like his life, has been the epitome of dishonesty, selfishness, personal indulgence, pettiness, bigotry and deceit. Yet, Graham took to Facebook to liken to Judas, the 10 Republicans in the U.S. House of Representatives who voted last week to impeach Trump. “These ten, from (Trump's) own party, joined in the feeding frenzy. It makes you wonder what the thirty pieces of silver were that (House) Speaker (Democrat Nancy) Pelosi promised for this betrayal.”

Truth is, it was a vote of conscience and a stand for decency and democracy by the 10 GOP legislators. If Graham is seeking sellouts, he need only to look in the mirror.

It is Graham, his ideological kin and followers who are betraying their conscience. Even as Trump unleashed his most violent followers to stage a deadly insurrection at the Capitol, Graham and too many of his evangelical brethren kept in lockstep and followed someone who, in reality, mocks what they contend are their most elemental marks of faith.

Even if those actions were somehow benefitting the nation – which they demonstrably haven’t – does that absolve anyone of the responsibility to tell the truth and treat people decently? A conscience doesn’t have a time clock that only operates on Sunday mornings.

If there’s an “evangelical” brand, it is a much confused one that has been cheapened by the toleration of Trump’s dishonesty.

Trump’s ok because he dislikes public schools, dislikes gays, dislikes racial minorities, immigrants and diversity. It is about what is disliked and detested. It is not about uplifting the downtrodden and disadvantaged.

In America, our Constitutional freedoms give us the opportunity to follow God’s calling, no matter the source or faith.

But that is no absolution to adhere to the truth, to decency and mutual respect – three elements to humanity so absent in Donald Trump.

Franklin Graham’s likening Donald Trump to Jesus – as he did when criticizing the Republicans who backed impeachment – is more revealing of the opportunism of too many who wear the evangelical brand – than it is of the teachings they claim to follow.

Graham might better spend his time focusing and advocating the words, works and accomplishments of another person of faith – largely ignored by Trump on Monday but celebrated by the rest of the nation -- Martin Luther King Jr.