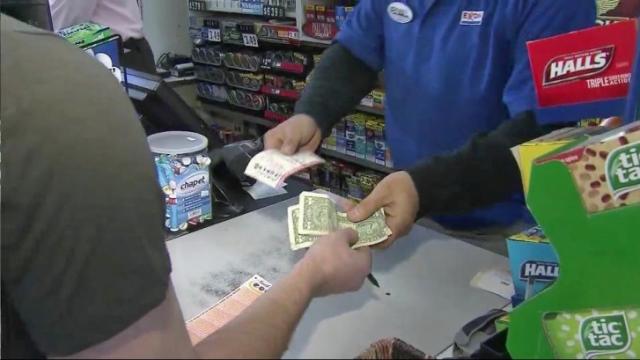 A proposal to capture Food Stamp cheaters among Lottery winners is misguided, mean-spirited and wasteful.

A CBC Editorial: Friday, June 10, 2016: Editorial# 8017
The following is the opinion of Capitol Broadcasting Company.

If there ever were a solution desperately seeking a problem, state Rep. Bert Jones may have spotted it. He wants to make sure that state Education Lottery officials notify the Department of Health and Human Services of every person who wins $2,250 or more playing a lottery game. He then wants the folks at DHHS, as if they don’t have enough to do already, to check that list of names against the list – it’s about 1.6 million folks now – who receive SNAP, better known as Food Stamps, benefits. If any winners match up with food stamp recipients, their eligibility would be reassessed.

Why does Rep. Jones, a Republican from Rockingham County, want to do this? Well, he doesn’t really say. But he does say he’s concerned that there are folks who are using a “federal loophole” that eases income requirements to qualify for assistance. “It has allowed millionaires and lottery winners to qualify for Food Stamps,” Jones says. He says as many as 4 million people around the nation may be getting Food Stamps whose income exceeds the limits.

All of that might get waste-and-fraud watching hawks worked up – but does the math add up? Here are some facts:

Now, stick with us here.

Is it worth creating a law that requires dozens of state bureaucrats to check the Lottery winner rolls, check the Food Stamp recipient lists to pluck out the 3.5 individuals who MIGHT, POSSIBLY, MAYBE, have both won the Lottery and be cheating or lying about their income?

That’s a pretty long shot, even by lottery standards. Those who seek assistance don’t do it frivolously. Most seek help as a last resort to protect their well-being and their children. This is another badly disguised effort to demean those most in need in our society. It does it with false logic, reinforcing prejudicial stereotypes more than ferreting-out fraud. Rep. Jones needs to cut his losses and discard it like a lottery ticket that comes up empty.