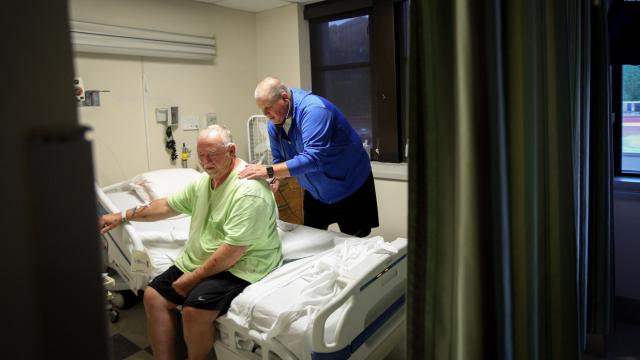 North Carolina has seen seven rural hospitals close since 2010. Nationwide, 2019 was the single worst year for rural hospital closures. A report earlier this month from The Chartis Center for Rural Health labels the situation a “closure crisis.”

This is no mystery. Expanding Medicaid means there are fewer patients whose care isn’t compensated. Hospitals that get paid for the care they give more patients will have better financial performance.  Doctors who know they will get paid for the services they deliver will be more willing to practice in rural areas.  This is not complicated.

So why does the political party that rules the General Assembly continue to stubbornly keep North Carolina among the minority of states – just a dozen – that refuse to expand Medicaid even though it is almost entirely paid for by the federal government. Those are taxes North Carolinians have already paid. Our North Carolina dollars are helping keep rural hospitals open in other states while hospitals, many in eastern North Carolina counties like Beaufort, Washington and Halifax have closed.

The state’s hospitals as well as managed-care companies have agreed to a fee they would pay to cover the 10 percent of Medicaid expansion costs not covered by the federal government.

Why do the six Republican senators and 13 GOP state House members in the legislature that represent the 29 eastern counties served by Vidant Health – among the most rural and medically under-served in the state -- block Medicaid expansion even as they know this will keep medical facilities open and provide health care to thousands of their constituents. It seems that they despise ObamaCare so much that they will ignore the healthcare needs of their communities.

These concerns should be front-and-center to the General Assembly’s leaders – particularly Senate leader Phil Berger and House Speaker Tim Moore – who have seen hospitals in their own districts close or threatened with ceasing operation.

North Carolinians understand the need to expand Medicaid. Poll after poll shows overwhelming support. They know the cost of failing to extend health coverage to those most in need. It isn’t just rural hospital closures.  It is the basic health of about half-a-million working North Carolina citizens because they can’t get access to care.

Consider that thousands in need of behavioral health services – including those struggling with substance abuse and addiction – cannot access services that would help them. A study in the Journal of the American Medical Association Network found a direct connection between Medicaid expansion (now in 38 states) and a reduction in opioid overdose deaths – saving around 8,000 lives nationally.

Closer to home – the legislature’s failure since 2014 to expand Medicaid has taken a tremendous toll:

Legislative leaders are out of step with the majority of North Carolinians who better understand what their communities and neighbors need. That must change – and should when legislators meet in the spring.

Berger and Moore need to end their blockade of a new state budget. They must agree to expand Medicaid.

The time is NOW for them to engage in sincere and honest negotiations with the governor over how to get it done.​​​​ Medicaid expansion will be the top issue in the November  elections.  The unnecessary suffering of our fellow citizens needs to stop.