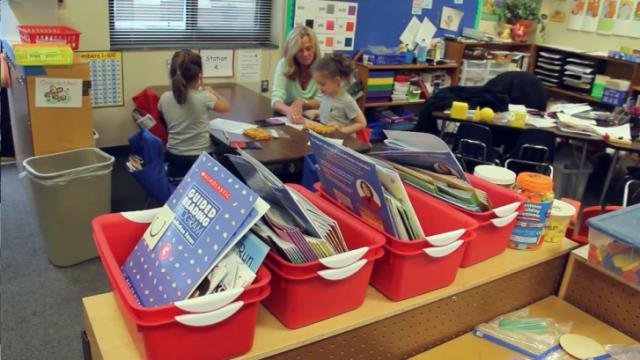 -- The governor and legislature do not require private schools that receive voucher funds to demonstrate students are, in the same way they require public schools, learning and making progress.
-- There is no way to determine that the voucher funds are actually being spent on students’ education.
-- The lack of accountability invites abuse of taxpayers’ money.
-- Why don’t the governor and legislature expect the same accountability for use of state education dollars from private schools that it expects from our public schools?

A CBC Editorial: Friday, July 29, 2016; Editorial# 8035
The following is the opinion of Capitol Broadcasting Company

In 10 years, if all goes as planned, North Carolina private schools will share – with almost no strings attached -- $134.84 million in taxpayer funding. That’s enough for 32,105 students at $4,200 each. The goal, say advocates, is to give low-income children the same opportunity to a private school education that may better meet their needs, as more well-off children

During the recently-completed school year, there were 4,666 recipients of the school aid paid to 330 private schools. For the upcoming school year, 7,283 new and renewed scholarships have been offered.

Will these students get a better education than they’d receive in the local public schools? Will the teachers be more qualified? Will the classrooms have the latest technology? Will students be subject to appropriate assessments of their learning, comparable with those required in public schools?  Will they do better on standardized tests?  Will they be adequately prepared to be successful in jobs or in advanced education?

Surely with $134.84 million of our money on the line, the legislature would make accountability – in school standards, student performance and financial responsibility – a top priority. Nothing, unfortunately, could be further from the truth.

While giving lip-service to “the critical need in this state to provide opportunity for school choice for North Carolina students,” legislators require practically nothing of these schools or tracking of student achievement.

In the 2015-2016 school year, about $12 million was distributed to help low-income families move from public to private schools. About $11 million went to faith-based schools with the remainder to secular schools.

These schools do not have to meet any generally accepted accreditation standards. The teachers don’t have to be licensed. A criminal background check is required only for the schools’ top administrator. A nationally-normed standardized test must be given to students yearly (and report those findings only if enrollment is more than 25 voucher students).  The test doesn’t have to be the same, or comparable, to the tests administered in public schools.  If a school receives more than $300,000, it must conduct a financial review by a CPA (only three of the 330 schools met the criteria).

At one school, Star Christian Academy in Johnston County, the top administrator Mohammad Haleem and his wife, who is listed on the school’s web site as the “lead teacher,” have filed for bankruptcy three times since 1997 and, according to court records, failed to pay at least $42,000 in taxes to the federal and state of Virginia governments. State records show the school received $127,890 on behalf of 34 students this last school year.

State Rep. Leo Daughtry, a Johnston County Republican, stopped by the school. This spring he told a legislative education committee, he didn’t like what he saw. “This place is a two-room schoolhouse for grades K-12. I don’t like this and we need some more oversights,” said Daughtry, a conservative stalwart who isn’t seeking re-election after serving 12 terms in the state House and two in the Senate. “The school there that I visited didn’t seem to be a school that we would want to send taxpayer dollars to.”

Set aside the very serious question of whether such a voucher program is appropriate public policy, the lack of even modest accountability expected from nearly every other recipient of state tax dollars is shocking and irresponsible.

North Carolina taxpayers deserve assurance that their hard-earned money is spent wisely. Taxpayers, parents and students need to know that if the state is paying for an education that it meets our state constitutional mandate to provide, as Judge Howard Manning has ordered, “a sound basic education.”

It is only reasonable, and responsible, that taxpayers have a way to be assured that their money is being spent as intended, and the ability to determine if that spending is effective – two things sorely lacking now. The legislature should impose the kind of appropriate accountability it requires for other spending. If not, the program should be stopped and funding added where it is most needed – to support our under-funded public schools.