Editorial: Voters should pick representatives, not the other way around 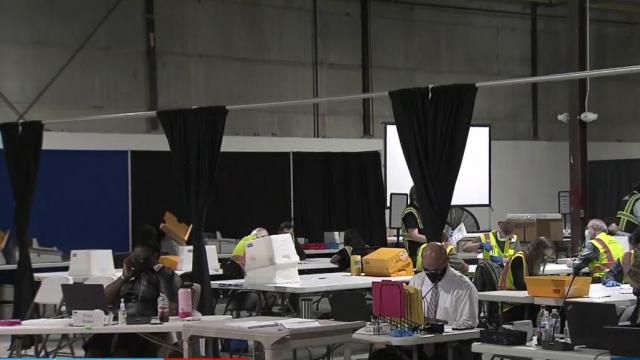 It is a startling contrast. It is clear evidence that when politicians get to pick their voters -- gerrymandering is the all too familiar word for it -- they win big. They represent their own agenda – not that of North Carolina residents.

The largest margin of victory among North Carolina’s Council of State candidates – who run statewide and not in districts of their own design -- was 8 percentage points. That was what took Republican incumbent Agriculture Commissioner Steve Troxler to a win over Democratic challenger Jenna Wadsworth. Incumbent Democratic Gov. Roy Cooper defeated Republican Dan Forest by 5 percentage points.

Thirty-one of the 50 winning candidates for the state Senate had victory margins that exceeded 20 percentage points – a landslide in any election. Just eight – 16% of the Senate, had victory margins at 10 percentage points or less. Incumbent Senate leader Phil Berger, a Republican from Rockingham County, defeated his opponent by 38 points. Democratic Senate leader Dan Blue had a 50-point margin.

These victory margins weren’t overwhelming expressions of approval and popularity. They were affirmations of the power of gerrymandering.

In the state House of Representatives, nearly 70% of the 120 members won with runaway victory margins that exceeded 20 percentage points. Just 19 races – barely 16% of the House (a familiar figure?) captured their seats with margins under 10 percentage points. House Speaker Tim Moore, a Republican from Cleveland County had a 28-point victory while House Democratic leader Darren Jackson didn’t have any opposition. Jackson has announced he is stepping down from his leadership post for the 2021 session.

These wins don’t represent voters’ support for any expressed agendas or issues.

It wasn’t just the legislative races that saw a demonstrable lack of choice for voters. Victory margins in nine of the state’s 13 congressional districts exceeded 20 percentage points. Just two contests, the 1st Congressional District in the northeastern part of the state and the 8th District that runs nearly 140 miles from Charlotte east to Fayetteville, had winning margins under 10 percentage points. Nine of the 13 contests – 70% of the state’s seats in the U.S. House, had victory margins exceeding 20 points.

Now, that’s a lot of numbers but the math is simple. When North Carolina voters get to pick their candidates – like they do in statewide races, contests are close, candidates need to present themselves and let people know what they stand for and defend their records.

When candidates get to pick their voters, as they do with gerrymandering, the outcome is practically predetermined. There’s no mandate and no message these legislators take with them to Raleigh or Washington.

They wrote their script and picked voters – using the most sophisticated technology and expertise available – to provide a pre-determined outcome.

Statewide candidates will embark on their new terms in office – whether incumbent Republican state Treasurer Dale Folwell or incumbent Democratic Secretary of State Elaine Marshall -- knowing that about 48% of North Carolina’s voters wanted someone else in their place. With that narrow margin of victory, they must go about their jobs fully considering the needs and concerns of those voters as well as those of their supporters. Their agenda needs to be responsive to all North Carolinians.

Legislators, as has been obvious much of the last decade, have their own agenda and have no need to be responsive. One example is particularly to the point now.

When the pandemic hit the state, the hundreds of thousands who suddenly found themselves unemployed discovered they had the stingiest unemployment benefits in the nation.

Legislative leaders considered the narrow needs of the state’s corporations – and not the needs of the vast majority of working North Carolinians. Many now have already run out of much-needed support for themselves and their families weeks before similarly situated workers in other states.

The desires of a few outweighed the needs of the many. Gerrymandering protected nearly every legislator, regardless of their political affiliation, from any consequences at the ballot box.

Our state cannot continue to have a legislature that is not accountable to the citizens.

The most basic lesson from the outcome of our state legislative elections is that it is past time to adopt a nonpartisan system for drawing legislative and congressional districts. It is time the voice of the people – not self-selected officeholders – gets heard in Raleigh.