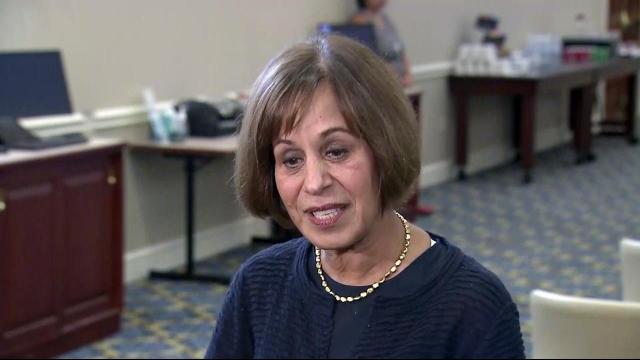 UNC-Chapel Hill Chancellor Carol Folt has displayed patience and grace in navigating the various pressures from the UNC System Board of Governors and the leadership of the General Assembly. It has been particularly evident in addressing the controversy over the fate of the “Silent Sam” Confederate monument.

That grace was on display for all to see in the resignation letter she released Monday along with her correct, if too-long-delayed, decision to remove the remnants of the Silent Sam monument.

Folt’s courtesy, professionalism and willingness to meet the desires of legislative leaders (including several key aides to legislative leaders landed well-paying jobs at the campus) has not been returned in kind – as displayed Tuesday when the UNC Board impetuously fired Folt four months before the date of her intended resignation. The board’s action, preceded hours earlier by an angry statement from Board Chairman Harry Smith, displayed just why exceptional and capable leaders like Margaret Spellings and Folt don’t want to work for them. Tuesday was Spelling's last day as president of the UNC system. Folt will leave on Jan. 31.

Folt has accomplished a great deal in her tenure as chancellor. We thought at times that she did not move as quickly as she should have. But her deliberate style helped the university smooth out several trouble spots. Smith couldn’t bring himself to offer any appreciative words for Folt’s service to the students, faculty, administration, as well as his board.

The statement and action by the board Tuesday reflects the remarkable dysfunction that has been the hallmark of the UNC governing board and General Assembly’s leaders in dealing with the Confederate monument issue.

The disingenuousness didn’t stop there. The UNC Board didn’t even have the backbone to say they were firing Folt. They merely “accelerated” her resignation date without her input or agreement, from more than four months to a two-week’s notice. It denies Folt the privilege of presiding over a final May commencement ceremony.

Folt has contended her resignation was not connected to the decision to move the remains of the Confederate monument. But it is particularly clear now she understood the consequences of her action.

While Folt may have waited too long to move the monument off campus, it was the right thing to do. There is no mistaking its purpose, clearly expressed at its dedication 105 years ago with white supremacist comments from former Confederate soldier Julian Carr. It was well past time – by decades – for the symbol of hate and oppression to find another home. We have suggested the Bentonville battleground as an appropriate site for it to be displayed with proper context.

This latest action by the UNC System Board is another in its legacy of incompetent micro management.

It is hard to imagine that any capable and accomplished potential university administrator, aware of the board’s behavior, would be willing to take the job leading the state’s – and one of the nation’s – preeminent higher education research institutions.

The latest turmoil over removing Carol Folt is another clear signpost that the UNC System is headed in the wrong direction. Until things change, it comes at great expense to the state’s reputation.

Margaret Spellings and Carol Folt, best wishes to you.