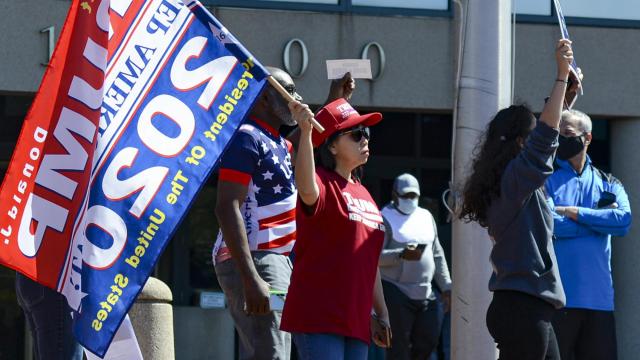 The goals are simple enough. Make sure every qualified voter has the opportunity to cast a ballot. Get every properly cast ballot counted. It takes hard work, attention to detail and adherence to procedures and practices to run an election. The State Board of Elections county boards face plenty of challenges in accomplishing their mission.  They get it done amid meeting the needs of heated partisans, egotistical candidates, their aids and supporters, weather and glitchy technology.  On VERY rare occasions, they are dealing with those who purposely seek to abuse and manipulate the system.  But it is accomplished with unfailing grace, patience and accuracy.

Our elections administrators, with the added burden of dealing with the safety and health demands of the deadly COVID-19 pandemic, have put more equipment, new practices and added personnel in place so voters will deal with as little inconvenience as possible – whether voting by mail or in person.

At nearly every turn, President Donald Trump and his most fervent supporters on the federal and state level, have worked to make their jobs more difficult. The goal isn’t to assure as many qualified voters cast ballots or have them counted accurately. It is to instill fear and worry in voters; manipulate the laws to secure partisan advantage. That is why Trump has been steadfast in his unfounded claims of insecure mail-in voting and false accusations of voter fraud.

During the presidential debate Tuesday he went even further calling on his supporters “to go into the polls and watch very carefully.” Such activities have already started to disrupt voting and election activities in Fairfax, Va. and Philadelphia.

If these spontaneous legions of poll watchers start descending on voting sites, it will add even more challenges to an already difficult situation. It only works to make legitimate voters uncomfortable and fearful.

Let’s be clear. North Carolina for decades has had in place laws that provide for poll watchers and “runners” at every voting site. That includes the 2,670 Election Day polling places. The two observers and up to 10 “runners” per polling place are designated by each political party chair in the county and submitted to the county elections board.  On Election Day there may be more than 5,340 officially-designated poll watchers around the state.

Additionally, state law provides for a “buffer zone” to prevent campaigning too close to where the voting is going on so there is nothing either hindering voters as they cast ballots or any harassment.

The State Board of Elections routinely provides guidance to candidates, campaigns, political parties and elections officials on proper conduct at polling places – from where campaign supporters can appropriately be stationed to greet voters, where campaign signs can be placed. That guidance is being updated to reflect current concerns of dealing with the COVID-19 pandemic.

While Trump and his backers are doing all they can to plant the seeds of a self-fulfilling prediction of disruption and confusion at polling places, North Carolina elections officials – Republicans and Democrats – aren’t having any of it. They steadfastly remain dedicated to assuring voting is conducted properly, safely and fairly.

Qualified North Carolina voters, no matter their partisan affiliation or candidates they support, must not fall prey to Trump’s intimidation.