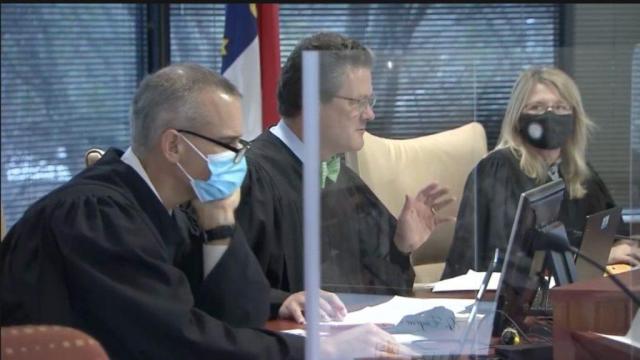 A single party now in power in the state legislature will rule North Carolina from now and as long as our republic lasts -- if the decision handed down on Tuesday by three state Superior Court judges is allowed to stand.

The illogical logic of the judges in their decision is rooted in the premise that you can’t take politics out of politics. Drawing congressional and legislative district lines is a political process, like it or lump it, it seems these three judges have determined.

The judges were unwavering in their dislike of the voting districts enacted by the legislature.

“This Court neither condones the enacted maps nor their anticipated potential results,” the judges bluntly stated in their 260-page opinion. “Despite our disdain for having to deal with issues that potentially lead to results incompatible with democratic principles and subject our state to ridicule, the Court must remind itself that these maps are the result of a democratic process.”

So, the judges say, an undemocratic legislature or congress is fine as long as it was conceived as the result of a “democratic process.” With that concept in place, the political party in power now will be able to control the designation of election districts now and in the future – and draw those lines to perpetuate its majority forever.

With that logic in place for the next election, a political party that accounts for fewer than a third of the state’s registered voters and whose candidates generally captured barely half of the votes cast in the last statewide election, will nearly be guaranteed to win 79% of the state’s 14 seats in the U.S. House of Representatives; 60% of the seats in the 50-member state Senate and 58% of the seats in the 120-member state House of Representatives – practically making for veto-proof majorities and making the governor’s participation in legislation practically irrelevant.

Minority representation from the state to the U.S. House and the legislature is significantly diminished under the current plans. While the state is set to add a congressional seat, the current two-seats held by minorities would be cut to one.

In the state Senate, the current dozen minority seats would drop to eight and the state House minority representation would drop from 24 to 19.

“Plaintiffs have failed to make the requisite evidentiary showing that the General Assembly sought to dilute the voting strength of Blacks based upon their race, or that Blacks have less of an opportunity to vote for or nominate members of the electorate less than those of another racial group,” the judges said in their order.

At the same time, the judges also said: “Plaintiffs have shown, and the Court agrees, that a substantial number of Black voters are affiliated with the Democratic Party. What Plaintiffs have not shown, however, is how the General Assembly targeted this group on the basis of race instead of partisanship. Black voters who also happen to be Democrats have therefore been grouped into the partisan intent of the General Assembly.  There is nothing in the evidentiary record before this Court showing that race and partisan gain were coincident goals predominating over all other factors in the redistricting.” (page 253)

So, the judges ASSUME that the legislature’s mapmakers targeted voters in certain districts because they were Democrats – even though in most of those targeted areas it just so happened that these same voters were Black. And they call that “coincident?” And this is from three judges who themselves had to run and be elected to office.

This is the kind of squishy and dangerous legal logic that leads to decisions like the infamous 1896 Plessy v. Ferguson decision that gave judicial blessing to the “separate-but-equal” doctrine and ushered in 60 years of legally-sanctioned racial discrimination and oppression.

These three judges determined that the election district maps they were asked to review are:

It is quite a stretch – even amid 260 pages of attempted justification – to find that they “comply with the objective constraints contained in the North Carolina Constitution.”

This is a matter of basic fairness to the voters of North Carolina.

It is an essential element of a representative democracy in our state to assure every North Carolinian has a voice in their elected representative branches of government.

There is no doubt that these gerrymandered congressional and legislative district maps only look to give one political party a permanent strangle-hold on governmental power.

The North Carolina Supreme Court must uphold that the power resides in the people of North Carolina and not a self-perpetuating permanent majority in the legislature.

It must overturn this ruling, declare the maps unconstitutional and should appoint four former state Supreme Court justices – two Republicans and two Democrats – to draw the new lines.