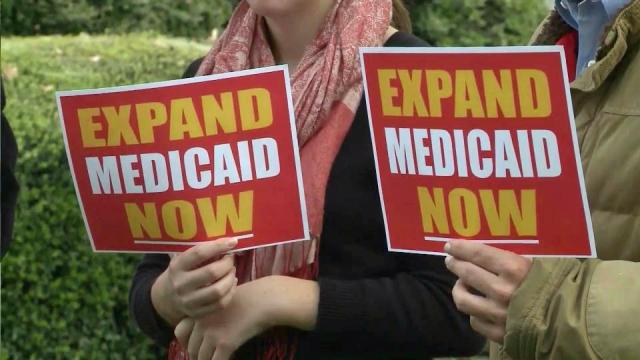 PART 1: In the season of endorsements, Capitol Broadcasting Company is focusing on issues not individuals. Get to know where the candidates stand and vote for those that line up in agreement with the issues we’re outlining in a special series on this page. Political parties and ideologies are irrelevant.

A CBC Editorial: Friday, Oct. 7, 2016; Editorial# 8065
The following is the opinion of Capitol Broadcasting Company

Nowhere is there greater evidence of the depths of petty partisan politics than in North Carolina’s stubborn refusal to expand Medicaid.

Voters must elect legislators who WILL EXPAND Medicaid. Any legislator seeking re-election, who opposed expansion in the past and won’t publically promise to back it now, should not be re-elected.

Expanding Medicaid is not extravagant. It is basic. It is a no-brainer. There is no good reason to turn down a deal where the federal government fully funds the Medicaid expansion to provide health insurance to low-income adults for three years and 90 percent of the costs after the initial three years.

While the Republican-dominated General Assembly has stubbornly refused Medicaid expansion – simply because President Barack Obama is for it – the state’s health and economy have suffered.

North Carolina’s 11.1 percent rate of uninsured remains 2 points above the national average. Failure to expand Medicaid is the culprit.

Refusing to expand Medicaid has made it more difficult for hospitals, particularly those in rural communities, to meet expenses. Individuals without health coverage often can’t take advantage of preventive care and delay seeking medical help until conditions are at their worst and treatment is the most expensive.

Expanding Medicaid is not expensive – the federal government will pick up 90 percent of the costs. North Carolina has a strong Medicaid system that is recognized as one of the nation’s best – providing quality care while controlling costs. It should be expanded.

Find candidates who support expanding Medicaid and support them with your vote. It is about better health, a better economy and a better North Carolina.