Editorial: Time to shut down the Economic Development Partnership of N.C. 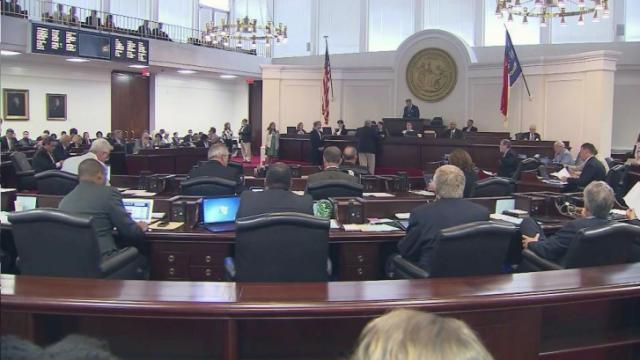 Amid the recent discussion over the effectiveness of the state’s economic development efforts, a new report this week exposed a less than flattering assessment of the private Economic Development Partnership of North Carolina.

The creation of the five-year-old partnership was a top priority of former Gov. Pat McCrory and the leadership of the General Assembly – who’d contended the state’s economic development efforts would be far better in private hands – and save taxpayer money with the use of private funding. It turned out to be meddling in a place that didn’t need it.

As the partnership’s contract expires in October, it has little to show that it has met the effectiveness promised with its establishment. In fact, there’s little evidence of any improvement on what it replaced. There’s no way to tell just who is in charge.

The report from the General Assembly’s Program Evaluation Division offers up concerns that it has been even less effective.

The partnership failed to coordinate and communicate with the state Department of Commerce and didn’t adequately raise private-source funding. About 93 percent of the partnership’s $24.5 million budget is from mostly state (89%) and federal resources.

The partnership’s lackluster fundraising efforts are lower than comparable organizations in other states while coming at greater expense and “represent a small number of industries in the state,” according to the report.

“The relationship between Commerce and the EDPNC does appear to be somewhat antagonistic and not always functional,” said an economic developer who was questioned for the report.

“Little formal coordination exists” between the partnership and the state Department of Commerce, the report found. These coordination problems “detract from the state’s economic development reputation.”

After reading the report, it would be difficult NOT to conclude that any success North Carolina has had in economic development over the last five years has come despite the partnership and not because of it.

The rocky relationship between the partnership and the state wasn’t enhanced when, in the closing days of 2016, the partnership revised its rules to give incoming Democratic Gov. Roy Cooper far less input and oversight than outgoing Republican McCrory enjoyed.

The partnership didn’t completely dispute the communications and coordination shortcomings. It said that it has already taken steps toward improvement. “Previous performance audits of the organization … find no issues with how the organization is approaching its mission,” it said in the written response to the report.

This scathing report was far from an endorsement for contract renewal.

One of the big questions is just who the partnership worked for – the Department of Commerce or the state legislature? It is difficult to identify just who was in charge of economic development for the state.

It is time to do away with the partnership. Let the governor and Secretary of Commerce do their jobs.

Then we’ll know who to credit or blame.