When the courts look to the motivation behind the latest version of North Carolina’s 13 congressional districts, the lecture Friday from state Sen. Jerry Tillman, a Randolph County Republican, will be EXHIBIT A.

Tillman is wrong on what the U.S. Constitution says. But he is undeniably right about the legislative majority’s goal in creating the latest version of congressional districts. If, to paraphrase another legislator’s now famous words, they couldn’t draw districts to give the legislature’s majority party a 10-3 advantage, they’d draw them to give the party an 8-5 majority.

The U.S. Constitution “doesn’t say anything about being fair,” Tillman said. “It’s set up to be partisan. Do you think we’re going to draw Democrat maps? … We don’t have to make maps that are nonpartisan. This is a partisan process folks. I’m sorry you don’t like it. But that’s just the way it is. Once you change the Constitution, you can have it any way you want to. But I say good luck in that.”

That’s not what the U.S. Constitution says. No one made a better case to take legislative and congressional redistricting out of the hands of legislators – the Democrats and the Republicans there – than Tillman.

When the Constitution was written there were no political parties – as such. There was NO consideration of partisanship in the creation of representative districts. Don’t take our word for it. Check with James Madison – he wrote it all down in the Federalist Papers – 54. The notion of apportioning congressional districts based on a regular census was to, in fact, assure fair representation in the U.S. House of Representatives of all people in their communities.

The U.S. Constitution does give states the authority to determine congressional districts, within specific criteria. But it DOES NOT give that power specifically to legislatures nor does it say it is a partisan process. Further, it does not give that authority to the “prevailing party.” The process varies from state to state.

“Folks, you (motioning toward Senate Democrats) drew them for 140 years and we sat there and didn’t like it. But we took it,” Tillman said, calling out specific legislators by name, during a particularly contentious portion of debate on the districts. Not quite. The facts are since the 1970s, neither Republicans nor African-American voters “took it.” They fought on the legislative floor and in the courts, and not without success, to change gerrymandered congressional and legislative district maps.

Tillman is right that the map is about gerrymandering to elect as many representatives from his party as possible. What it is NOT about is fair representation.

What do people in Cumberland County have in common with those 130 miles to the west in Cabarrus County? What connects people in Mecklenburg County to Robeson County 120 miles to the east? What binds Lincoln County and Rockingham County 130 miles to the north or Roxboro in the Northeast Piedmont to Rowan County 125 miles southwest?

The link is, in this case, electing as many Republicans as possible for a partisan advantage and maybe also settling a score from a primary election five years ago.

Tillman can talk for hours. He can taunt legislators he disagrees with. He can twist the words of the U.S. Constitution all he wants. 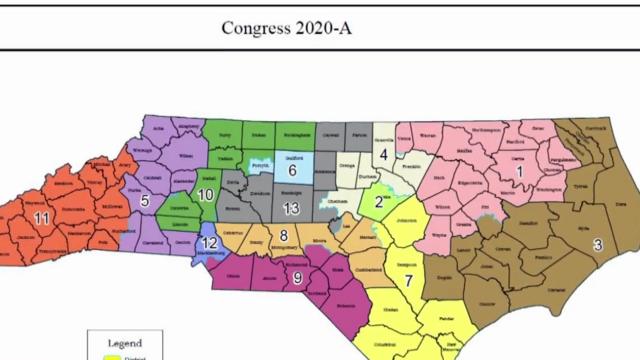 But anyone can look at the congressional district map legislators produced and plainly see it is a gerrymandered mess and it leaves too many North Carolinians without a voice in their government.

It is more undeniable evidence of the urgent need to adopt a nonpartisan system for creating state legislative and congressional districts. The priority must be the clear will of the voters and not partisan manipulation.