Editorial: Tillis and Burr. Show you stand with N.C., not the NRA 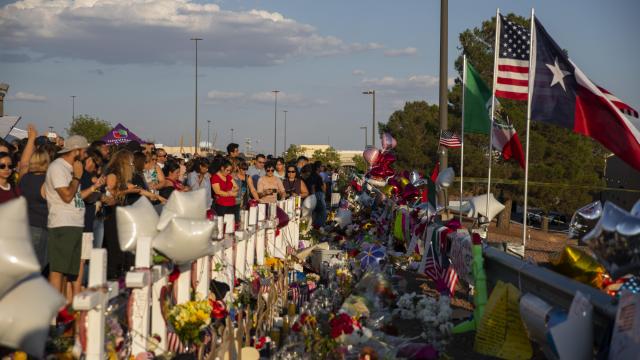 Senators Richard Burr and Thom Tillis need to let the North Carolinians know who ranks at the top of their priority list.

If their priority is the people of the state they represent, they must be in the forefront of demanding the U.S. Senate take up and pass two bills the House of Representatives passed last February – the Bipartisan Background Checks Act and the Enhanced Background Checks Act. There has been NO Senate activity on the bills.

Additionally, they should be leading voices for adoption of “red-flag" laws that allow public safety officials and family members, following due process and a court order, to temporarily prevent firearm possession by a person who is a threat to themselves or others.

To reinforce their position, they should call on the North Carolina General Assembly – where Tillis was House Speaker – to pass the current “red flag” bills that have been stalled in the state House. Tillis has said he supports the concept of red flag laws.

Nothing in the two pieces of federal legislation – that passed with the support of North Carolina’s three Democratic representatives and over the opposition of the eight Republicans – that await action in the U.S. Senate deprives any law-abiding person of the guns they own, the number of guns they can own or limits the guns can buy. They tighten loopholes in the required background checks of potential gun purchasers – extending from three to 10 days, the time firearms dealers must wait for background data before completing a sale. It DOES NOT apply to transfer of guns as gifts, for example from a parent to a child.

Senate Republican leader Mitch McConnell of Kentucky, the chief impediment to the U.S. House-passed proposals, has even signaled he might relent. During an interview last week McConnell said expanding background checks and dealing with red flag laws are “two items that will be front and center as we see what we can come together on and pass.”

Burr and Tillis need to work to make sure McConnell doesn’t backtrack on his word.

Uniquely, these proposals now are front-and-center as campaign issues, in special congressional elections in our state. And the two Republicans – Greg Murphy in the Third District and Dan Bishop in the Ninth District – are members of the General Assembly. Both have been endorsed by the NRA. They need to demonstrate the common-sense independence taking leadership in pushing for passage of House Bills 86 and 454. These are common-sense proposals that keep guns out of the hands of dangerous people. Backing them won’t diminish either Republicans’ gun-rights advocacy status.

While these bills fall short of getting assault-style rifles – they are really weapons of mass destruction – out of the market place they are important steps that will make all of us safer from gun violence.

Burr and Tillis: “Do Something!” Show North Carolina voters you aren’t owned by the special interest NRA.

Take a stand and lead the effort to pass these bills.