Editorial: They are our children, siblings, friends. They are not 'filth' 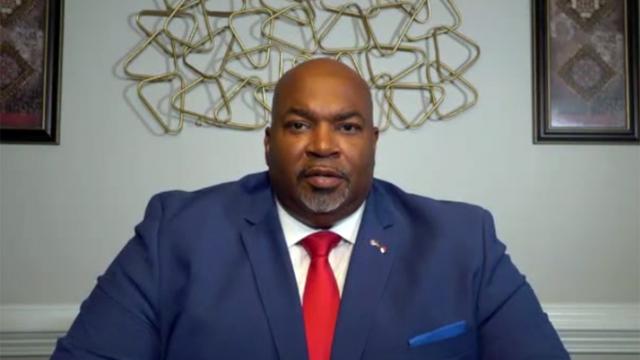 They are our sisters, our brothers, our parents, our children and our neighbors. But to North Carolina’s Lt. Gov. Mark Robinson, they are “filth.”

“Yes, I called it filth. And if you don't like it that I called it filth, come see me about it." That is what he said. What he means about “transgenderism” and homosexuality is clear (hear it here) .

Like other bullies called to account for their actions, he dodges, deflects and doesn’t, as he promised, take responsibility. He doesn’t explain why he said those people are filth. He does exploit the controversy and hate he ignited with a video that includes sexually explicit images on his campaign Facebook website. He used it to send an email fundraising appeal.

At best, it is a cynical ploy to find a way to profit, at least politically, from his divisive rhetoric. Is this the kind of behavior that should be coming from a member of the State Board of Education and state Community College Board?

At the root of Robinson’s campaign isn’t so much what kinds of materials should, or should not, be used in a classroom.

It is that he considers some of the kinds of relationships and gender identifications discussed in the books as “filth.”

Does not fitting Mark Robinson’s criteria for appropriate or correct necessarily make them “filth?” No, it merely makes them different from him. That is no justification for ridicule.

The 50 members of the Senate deserve to be presided over by someone who respects them and all North Carolinians – regardless of their race, gender, faith, who they love or how they identify.

State senators, regardless of their political affiliation, should summon their sense of honor and refuse to submit to being led in their legislative deliberations by someone who demonstrates such disdain for them and their constituents.

"Lt. Gov. Robinson’s comments are hateful and serve to divide North Carolina. That’s not the kind of leader this state deserves," said Senate Minority Leader Dan Blue, D-Wake. "We believe that every person has value and deserves the dignity of equality."

If Lt. Gov. Robinson is to have a platform, it should not be the podium at the head of the N.C. State Senate.