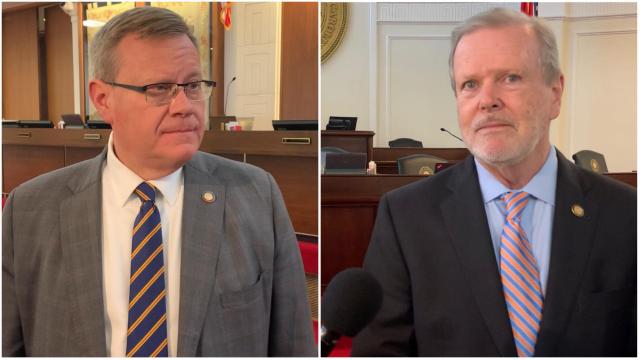 If there is one thing that has become clear in the five weeks since the U.S. Supreme Court overruled the 50-year-old constitutional right to an abortion, it is that personal views on the issue are quite nuanced.

It is not as simple as pinning people with “Pro-Life” or “Pro-Choice” labels. There is a spectrum of views within those cliched categories. That is why many among the 57% who disapprove (62% of women; 51% of Catholics) of the high court’s decision may still consider themselves “pro-life.”

Just this week in conservative Kansas, voters overwhelmingly rejected – 59% no to 41% yes --- an effort to amend the state’s constitution to so legislators could further restrict and even ban abortions in the state. The uncertainty of what might happen prompted higher-than predicted turnout at the polls as 47% of those registered cast ballots. Four years earlier the primary election turnout was 27%.

Voters are engaged. They want and deserve clarity and specifics.

That is particularly why North Carolina public officials -- like powerful state Senate Leader Phil Berger and House Speaker Tim Moore along with the other members of the General Assembly and those seeking election to serve there – must be explicit about the details of legislation they’ll be backing to address the new regulatory landscape for abortion as a result of the Dobbs v. Jackson decision.

Regardless of the issue, but especially in a matter that touches nearly every North Carolinian so personally and directly, offering broad platitudes and generalities won’t cut it. It is evasive and intended to mislead rather than dealing fully, honestly and plainly with those who will be most impacted by what legislators do. Voters deserve to know, and candidates are obliged to express in detail, where they stand.

A week ago House Speaker Moore, a Republican from Cleveland County, was asked what he thought legislation should look like when the new legislature meets. While pledging “more protection for the unborn,” he offered only generality and no pledge of an open and full public airing of proposals that might be considered. Berger offered a similarly unspecific view -- “I remain committed to protecting the unborn and upholding the sanctity of life.”

“Not certain at this point,” said Moore, who believes when a fetal heartbeat can be detected it is a child. “I do think you would see more protection for the unborn. Here’s what happens: You get the two extremes out there talking, right: You got some folks who think abortion ought to be legal up until five minutes before a baby’s born. That’s the most extreme, crazy position. Then you’ve got those who feel like the most extreme from the very beginning, that you know, if you’re even thinking about having sex you can’t have an abortion. There’s all these extremes.”

Moore says he wants to have discussions with the House Republican caucus – which are not open to the public. “What we really need to have is a real conversation where folks are involved that really dealt with what is absolutely a critical issue. When a woman is facing this, this is the most tumultuous decision she’s faced with in her life at that point, probably. It’s not just her life though, there’s the life of a child involved. And what do you do to balance those things.”

Berger said women should have some autonomy earlier in a pregnancy, but that some point – which he didn’t specify, “society and the law should have a role in protecting the life of the fetus.”

Berger and Moore have gone to court to demand further restrictions on North Carolina’s already relatively strict abortion laws that currently demand patients receive government-directed counseling and ultrasound examinations designed to discourage them from having an abortion as well as other limitations concerning insurance coverage and public funding.

A 50-year old state ban on abortions after 20 weeks has been blocked by previous courts due to the Roe v. Wade decision. Other than as a publicity effort, enforcement of the ban would have little impact. Few abortions in the state come after 20 weeks. In 2020 there were 48 abortions at 21 weeks or later -- 0.2% of all of the residents who had abortions.

Attorney General Josh Stein says he won’t enforce the ban because it “would restrict women’s ability to make their own reproductive health care decisions. Protecting that ability is more important than ever, as states across the nation are banning abortions in all instances, including rape and incest.”

North Carolina voters must know, before they cast ballots this fall, in specific detail where every legislative candidate stands. Do they stand with extremes (Moore’s description) like the Republican legislators who want the State Constitution to say life starts at fertilization and anyone who willfully tries or destroys a life is accountable for attempted murder?

And those who lead the state legislature – Berger and Moore and their Democratic Party counterparts, must further pledge that any discussion of abortion laws and regulations will be open and in plain public view in the proscribed legislative manner of open committee meetings and full debate before the House and Senate – not cloaked in secrecy behind closed legislative political party caucus doors.

No voter should wonder where their candidates for the General Assembly stand on Roe v. Wade and the rights of women to make critical decisions concerning their health and life.