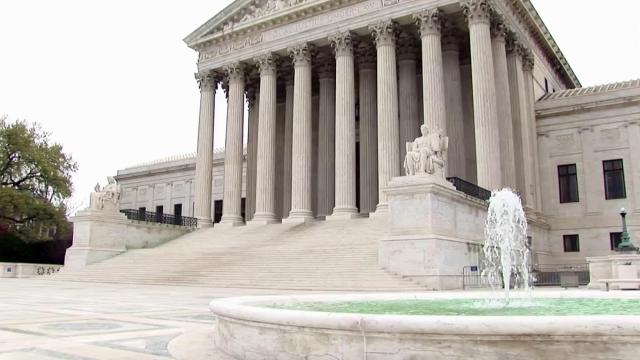 A CBC Editorial: Wednesday, June 21, 2017; Editorial # 8176
The following is the opinion of Capitol Broadcasting Company

It is becoming all too familiar. If it’s Monday, the U.S. Supreme Court will declare another North Carolina law unconstitutional.

The unfortunate reality about the law the high court struck down is the laudable goal of protecting young children from sexual predators was overshadowed by enthusiasm for the upcoming general election and a desire to demonstrate candidates’ toughness and law-and-order bonafides. Little good comes from laws that have a genesis in election-year pandering. It is a truth that wears no partisan label.

The Senate bill was passed into law without a single dissenting vote in late summer 2008, amid campaigning for the general election. Sponsors included Walter Dalton, a Democrat running that year for lieutenant governor; Janet Cowell, a Democrat who was running for State Treasurer; Kay Hagan, a Democrat who later would successfully run for the U.S. Senate; as well as prominent Republicans like Tom Apodaca, who would become the powerful Senate Rules Committee chairman and Jerry Tillman who now chairs the Senate’s Finance Committee and the Joint State Lottery Oversight Committee.

The election-year posturing didn’t end with the elections of 2008. In November 2015, it was former State Supreme Court Justice Bob Edmunds, a Republican who was on the ballot for re-election, who wrote the wrong-headed state court opinion that upheld the law. He was proud enough to even brag about it: “You don’t have to guess what kind of justice I will be. My record is an open book,” Edmunds said in a campaign video citing the ruling he wrote. To their credit, two state justices -- Cheri Beasley and Robin Hudson -- dissented.

Democrat Roy Cooper, who was getting ready for his successful run for governor, hopped on the band wagon a year before the 2016 election: “I pushed for this law. … I am pleased that the (state Supreme) Court has agreed with our arguments to keep this law in place.” Cooper’s office didn’t issue any statement Monday, following the U.S. Supreme Court’s unanimous rejection of the law.

The ruling from the highest court of the land shouldn’t come as a surprise. To its credit, a three-judge panel (Rick Elmore, Chris Dillon and Martha Geer) of the State Court of Appeals in August 2013 ruled the law unconstitutional – and it was not a popular ruling.

In the more than eight years since the unconstitutional law went into effect the state has prosecuted more than 1,000 people for violating it, according to the U.S. Supreme Court’s opinion.

The plaintiff in this case, Lester Packingham, did nothing more than take to Facebook to post a thanks for getting a parking ticket dismissed.

It has taken nine years and four months for this bad law to have made its way through the legislative and legal process. The wasted time and money in the process, easily and sadly, amounts to millions – funds much better spent on enforcement and treatment of victims and perpetrators.

With the now clear guidance from the courts, state officials should take a more patient and thoughtful look at how to develop laws that provide access to appropriate online resources to those who are registered sex offenders. Just as important, these laws should include effective and legal ways to thwart sexual predators from inappropriate contact with youngsters via the internet and other cyber-avenues.

Since a new majority took control in 2011, more than a dozen laws passed by the General Assembly have been struck down by the federal courts. It is a sorry record that reflects a reckless disregard for our Constitution in favor of petty partisanship and the unbending desire to impose a rigid ideology on the state.

It is a wasteful pastime that gains nothing and leaves innocent victims in the wake.

If the politicians in office cannot restrain themselves from enacting unconstitutional laws, voters need to pick new ones who can.